South Africa-headquartered Grindrod has recovered 24 of its locomotives from the Tonkilili mine, which ceased operations at the end of 2017, and relocated the units to Pepel port in Sierra Leone. 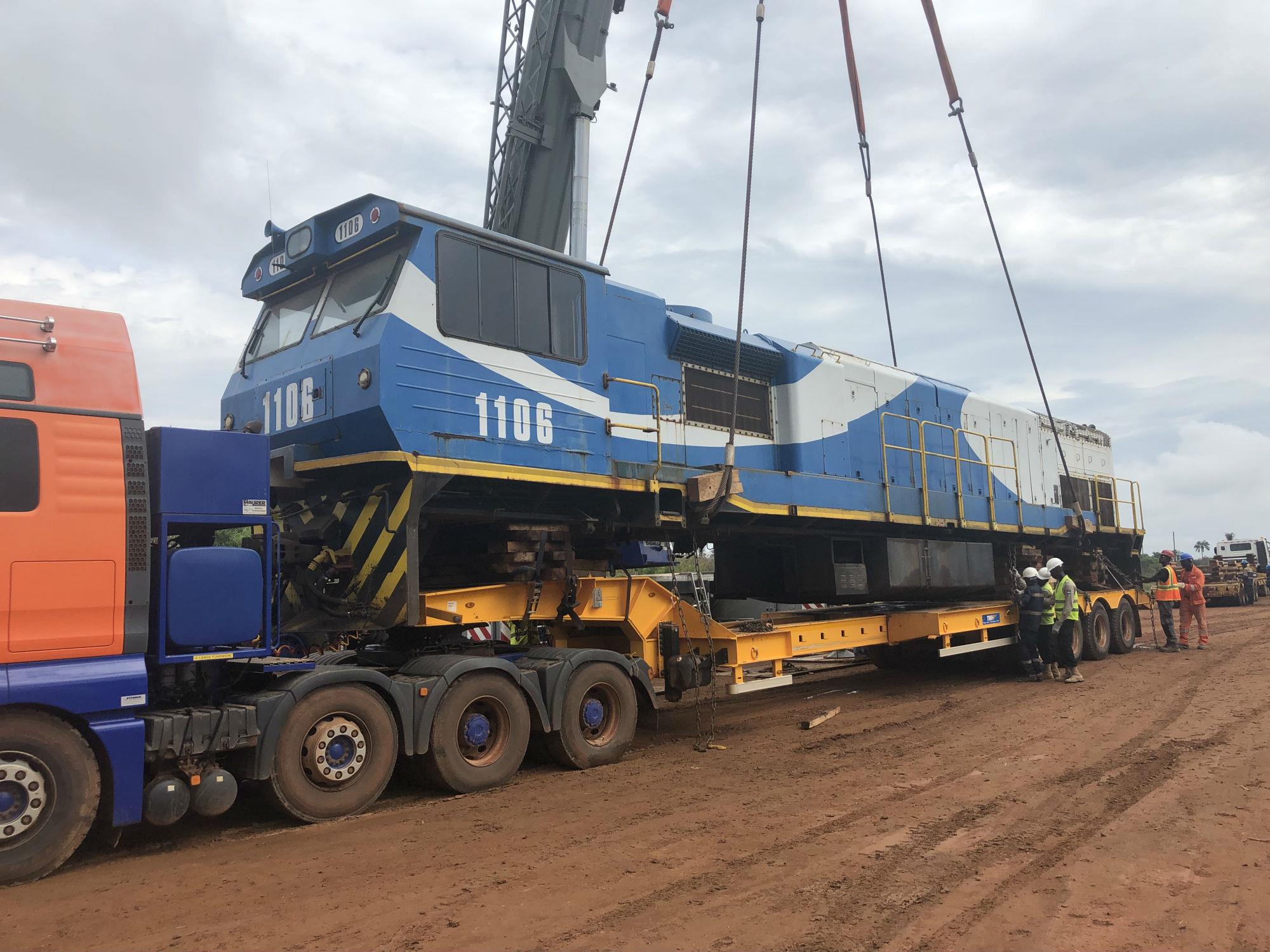 Four of the locomotives were dropped off for a client in Matadi (Democratic Republic of the Congo), while the remaining 20 continued to the port of Durban in South Africa.

The shipment of locomotives back to South Africa was a complex task, Grindrod said, noting that the draught at the port of Pepel is insufficient for the sort of heavy lift vessel required to move them.

There being no railway line from Pepel to the port of Freetown, all 24 locomotives were moved by rail to a transhipment facility near the town of Lunsar, about 75 km away.

There, each 72-tonne locomotive was lifted off its bogie by a mobile crane (contracted from Guinea) and loaded onto specialised trucks. The next leg of the journey covered 200 km, avoiding weak bridges and other obstacles, to Freetown port where the locomotives and bogies were re-assembled and loaded onto a heavy lift project vessel for shipment to Matadi and Durban.

“What seemed an impossible task when first contemplated has been achieved by our team, from our landing at Lungi Airport in Freetown on the March 26, 2019, to securing the Sierra Leonean government’s support, contracting the logistical expertise and assets from around West Africa and safely executing a complex landside operation to delivery by sea to Durban only four months later is really remarkable,” said Andrew Thomas, ceo of Grindrod Rail.

Another ten units remain in Sierra Leone in support of the country’s efforts to revive its iron ore exports, Grindrod said, adding that the company “anticipates that the entire recovered fleet will be delivered to clients by the middle of 2020”.