GS Express Logistics has transported two parts of an incinerator from Penang Port to the Langkawi Incinerator plant in Kampung Belanga Pecah, Malaysia. 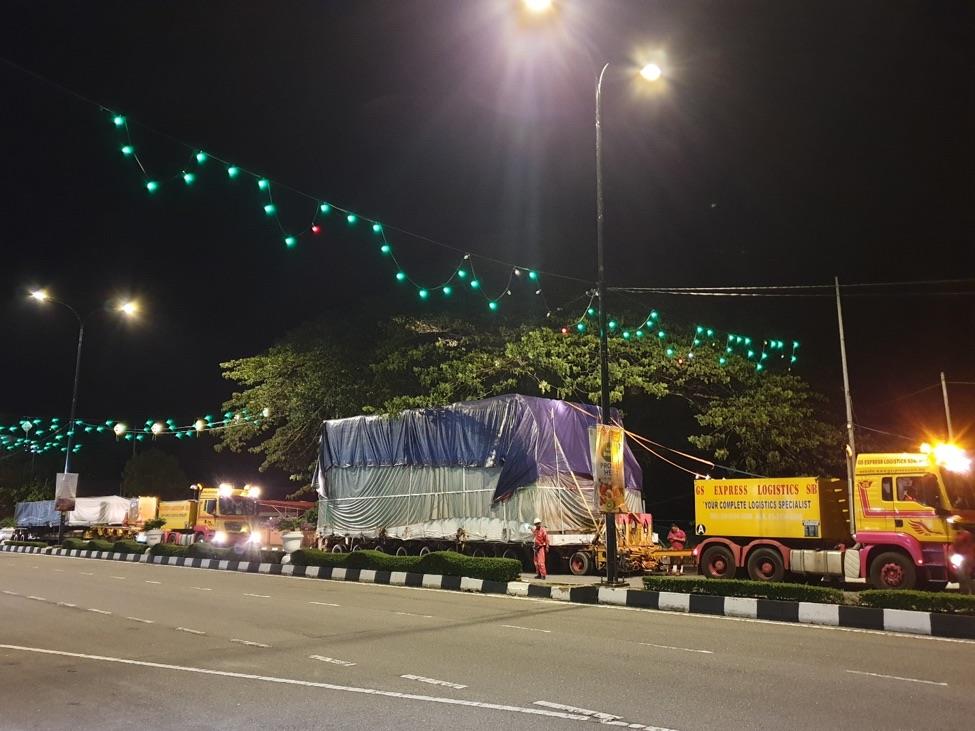 A vessel bridge trailer and a hydraulic multi-axle trailer received the cargoes at Pengang Port and moved them to a nearby jetty, where they were rolled onto a barge and secured. The barge then transported the components to a jetty in Tanjung Lembung.

The 20 km route from Tanjung Lembung to the incinerator plant had to pass through Kuah Town. The convoy had to be accompanied by police escorts and local authorities for the duration of the move, which took nine hours to complete.

Once at the project site, both sections of incinerators were jacked down onto support stools for assembly works.

GS Express Logistics is a member of the XLProjects network (XLP) in Malaysia.