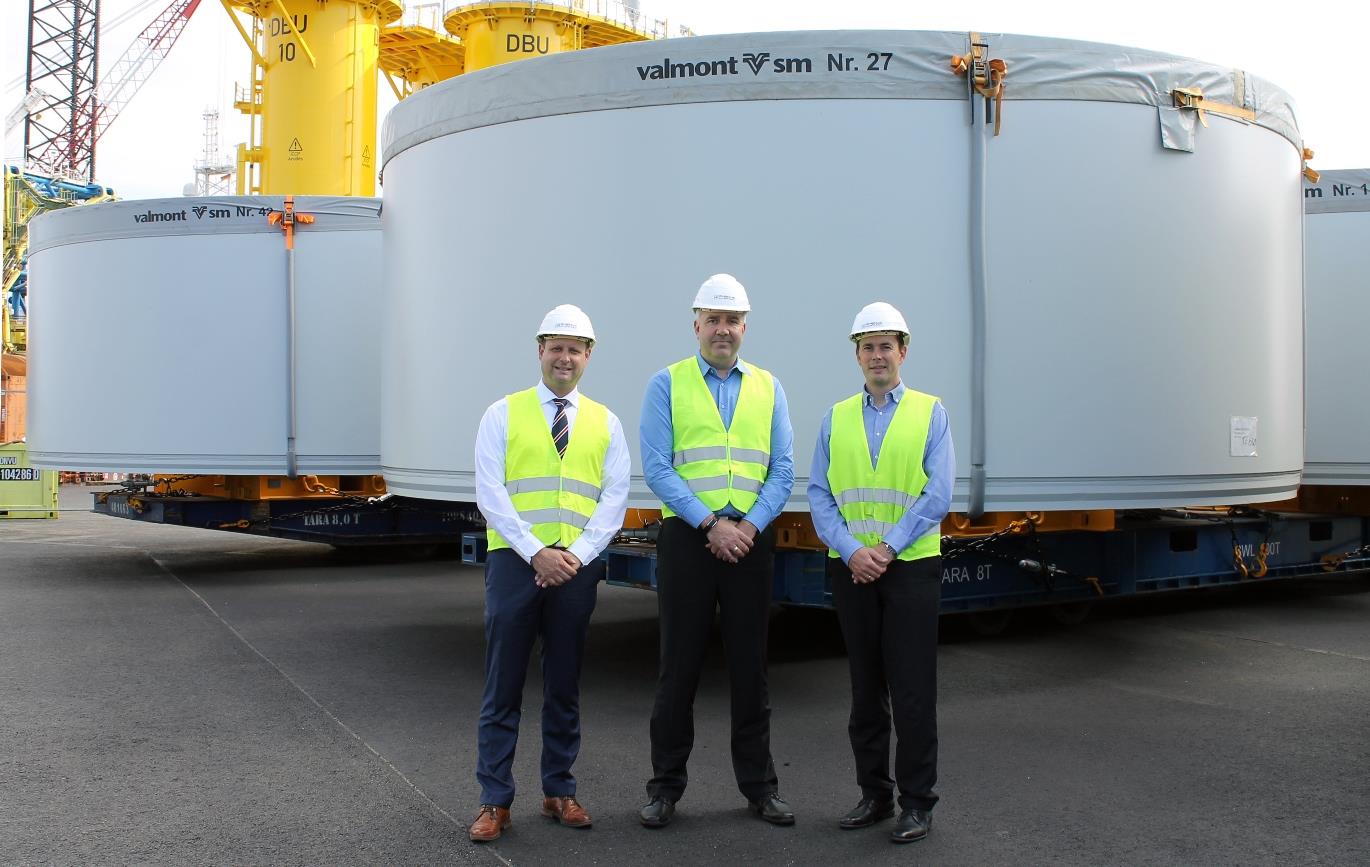 On its daily short-sea route between Immingham, UK and Cuxhaven, DFDS called at the Danish port of Esbjerg to load wind energy industry components, destined for the SGRE factory.

In Esbjerg, rotor houses for offshore wind turbines, manufactured by Valmont SM, were secured onto Mafi trailers for loading on DFDS’ Jutlandia Seaways, on behalf of freight forwarder Freja Transport & Logistics. Each unit weighed almost 32 tonnes and measured up to 7 m wide.

After just six hours, the cargoes arrived at Cuxhaven’s Cuxport terminal, where they are currently stored ahead of delivery to the SGRE facility. at the Cuxport terminal until they can be transported to the Siemens Gamesa factory.

“With the call at the port in Esbjerg, the required components were brought to their destination as quickly as possible, saving several truck tours,” explained Marcus Braue, branch manager of DFDS Germany in Cuxhaven.

“After this first call at the port, we plan to call at Esbjerg once a month en route from Immingham to Cuxhaven. The next call is already planned for early November.”