HLI Rail & Rigging has moved a yankee dryer – a pressure vessel used in the production of tissue paper – 300 miles (482.8 km) from Erie to Lock Haven in Pennsylvania. 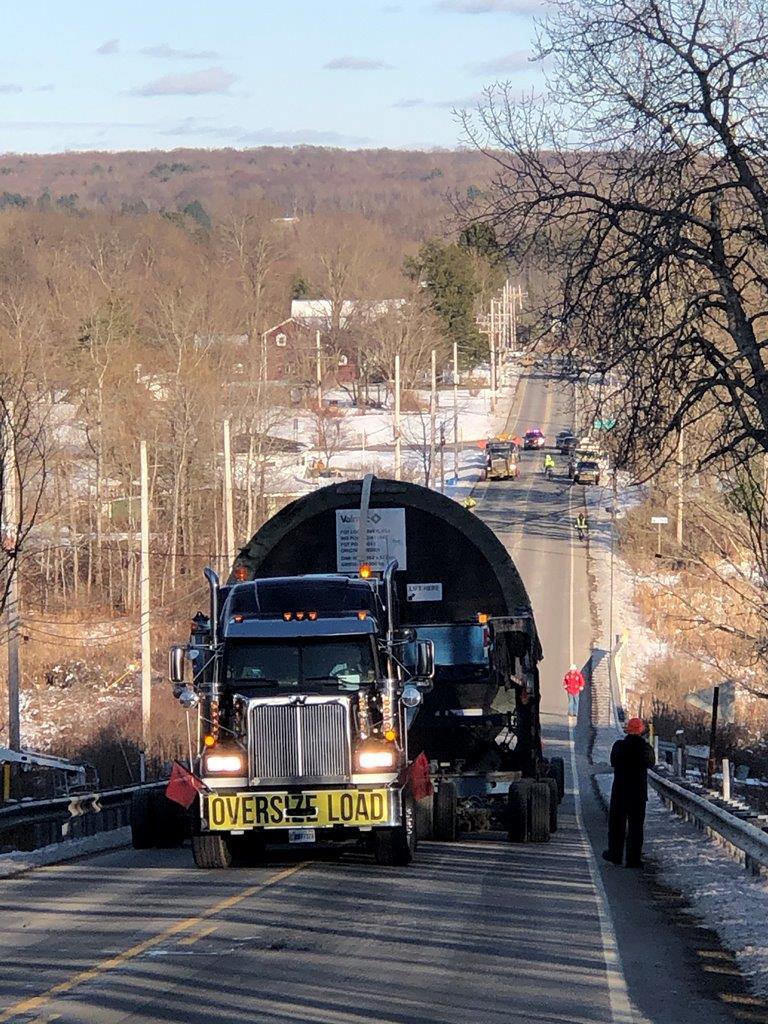 According to HLI, with dimensions of 9 m x 5.7 m x 5.8 m and a weight of 130 tonnes, this is the largest piece of equipment to move out of Erie and it took 16 months to get permit approval from the Department of Transport (DOT).

Among the challenges of the project, HLI had to find an alternative route to move the equipment as the initial proposal became impassable due to heavy rains in the summer of 2019.

Once the alternative route had been decided, many signs and overhead obstructions needed to be removed; the central reservations of several highways needed filling so that the trailer combination could make ‘U’ turns to avoid fixed overhead obstructions; and 48 bridges needed engineering works.

Along the route, the convoy had to tackle steep hills to climb through the Allegheny Forest and, in many places, the 6 m-wide trailer was the same width as the road, “which required careful management of the support bucket trucks to avoid major damage to property and enable the trucks to go around the load,” said HLI.

HLI added that a third prime mover was on standby throughout the move, which was completed in 12 days, to assist up hills and deal with the winter road conditions.