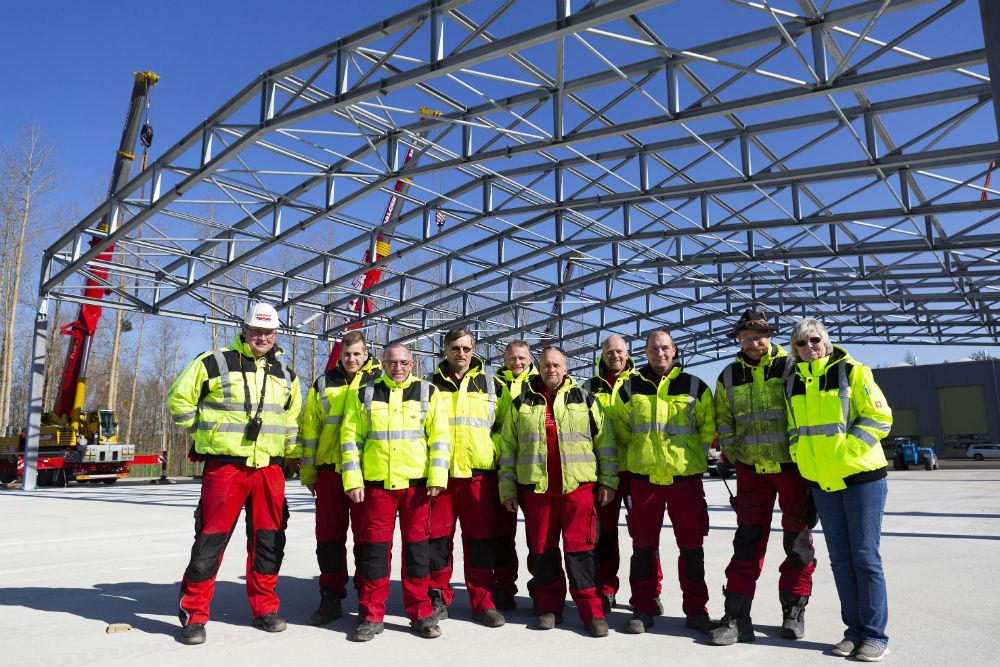 The roof structure, which consisted of trusses and girders, had to be raised to allow its support pillars to be extended. For the project, Salgert deployed Liebherr cranes with lifting capacities ranging from 90 tonnes to 300 tonnes.

Half of the cranes used on the site came from Salgert's headquarters in Lohmar, while the other three cranes travelled from its branch office in Euskirchen.

After attaching the slings to the load and releasing the connections to the pillars, the cranes worked in tandem to raise the roof structure by approximately 1 m.

An extension section measuring around 75 cm was then placed and bolted to each of the six pillars before the Liebherr cranes lowered the roof structure back into place.