Mammoet has completed its role in the construction of Ain Dubai – the world’s tallest ferris wheel. 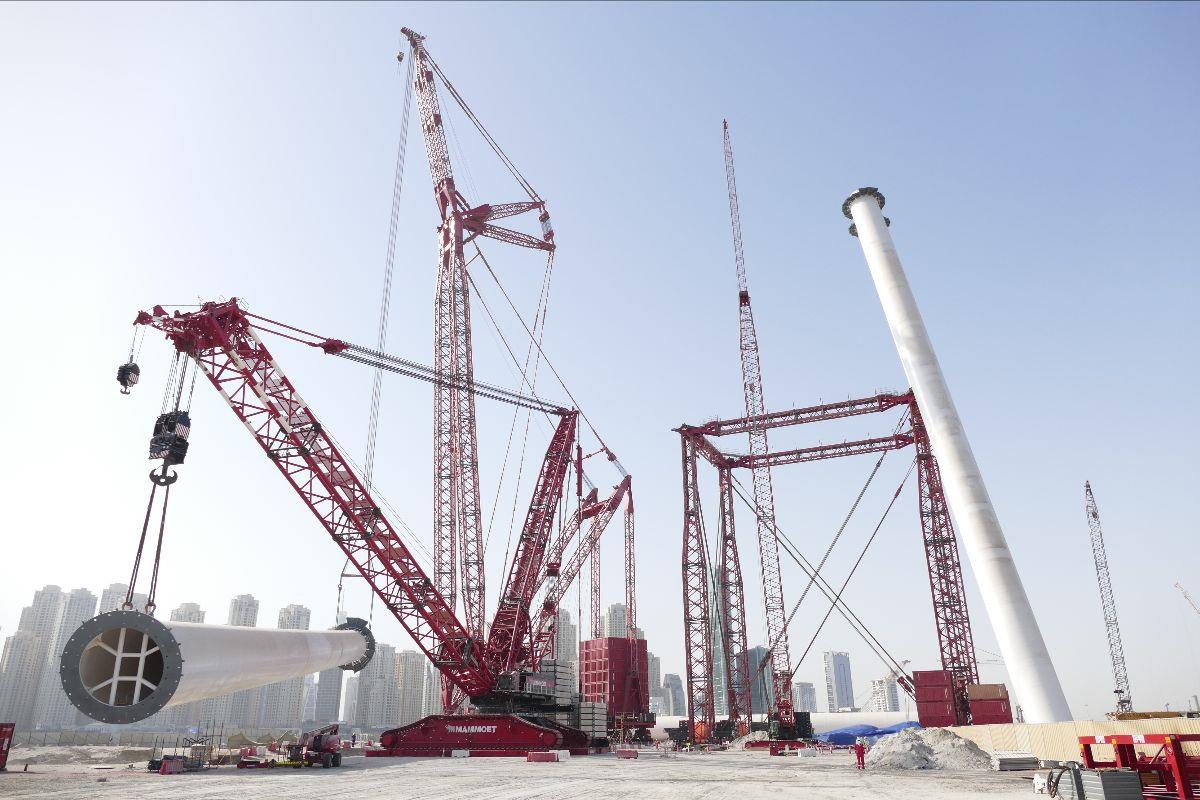 In 2014, Hyundai Engineering & Construction (HDEC), the main contractor on the project, awarded Mammoet the heavy lifting contract to install the key structural elements of the wheel.

In the early phases of the project, Mammoet proposed installing the largest elements – the legs and spindle – directly from a barge using two super heavy lift cranes. According to the heavy lifting specialist, this method delivered greater efficiency and safety, and proved to be more cost effective.

The four legs were placed on to their foundations during 2016. Each 890-ton (807.4-tonne) leg measured 126 m long. They were rolled onto Mammoet’s barge using 40 axle lines of SPMTs in Abu Dhabi before they were transported to the installation site. 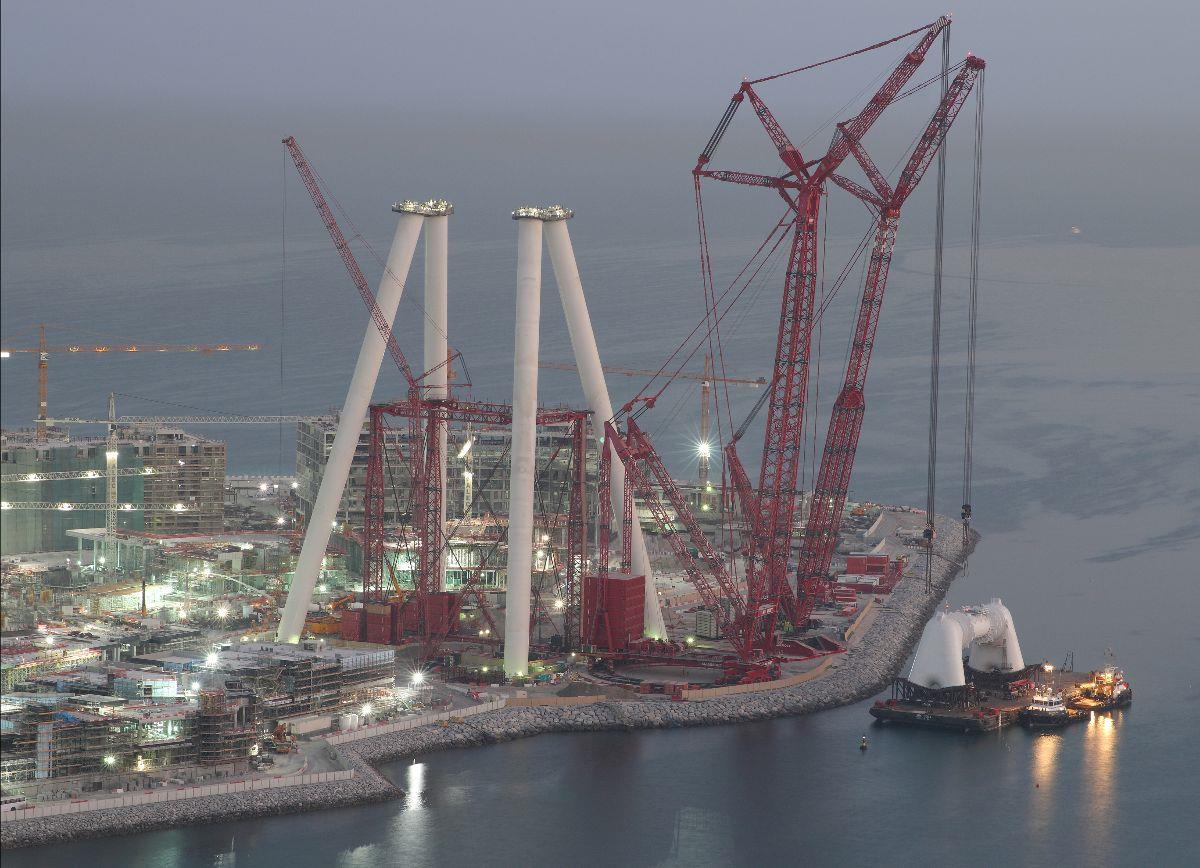 Subsequently, Mammoet said that it set a world record by lifting the 1,900-ton (1,723.7-tonne) spindle to sit on top of the four legs: it was the heaviest and highest tandem lift ever undertaken worldwide.

Following the positioning of the legs and the spindle, Mammoet lifted eight rim pieces and temporary spokes.

Over a period of three and a half months, Mammoet supported the removal of the temporary spokes until all eight were disconnected from the wheel. Each 112 m-long spoke, weighing 470 tons (426.4 tonnes), was lifted off the structure in tandem by 600-ton (544-tonne) and 400-ton (362.9-tonne) capacity crawler cranes.

Developed by Meraas, Ain Dubai sits on Bluewaters Island in the heart of Dubai and once operational, it will provide residents and visitors extensive views of the city and its shoreline.