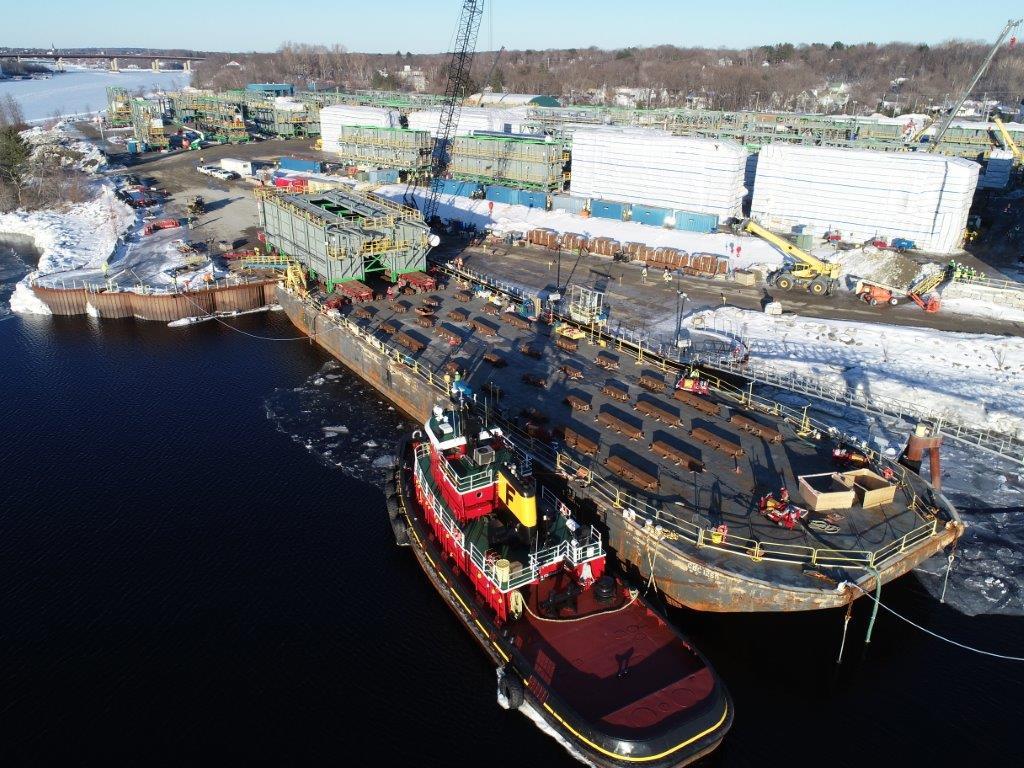 The modules will be assembled into a furnace that is being installed at a petrochemicals plant in the USA.

Prior to loading, Mammoet was tasked with weighing the 60 modules one-by-one. The company deployed wireless load cells for this phase of the project.

“Without wires, there were fewer obstacles and potential hazards on the work site and setting up the system saved time, because there were no wires to run,” explained Mammoet.

Over the entirety of the project, 72 axle lines of SPMTs were used to transport the modules onto barges. The consignment was divided into 18 barge shipments, which were loaded over a period of ten months.