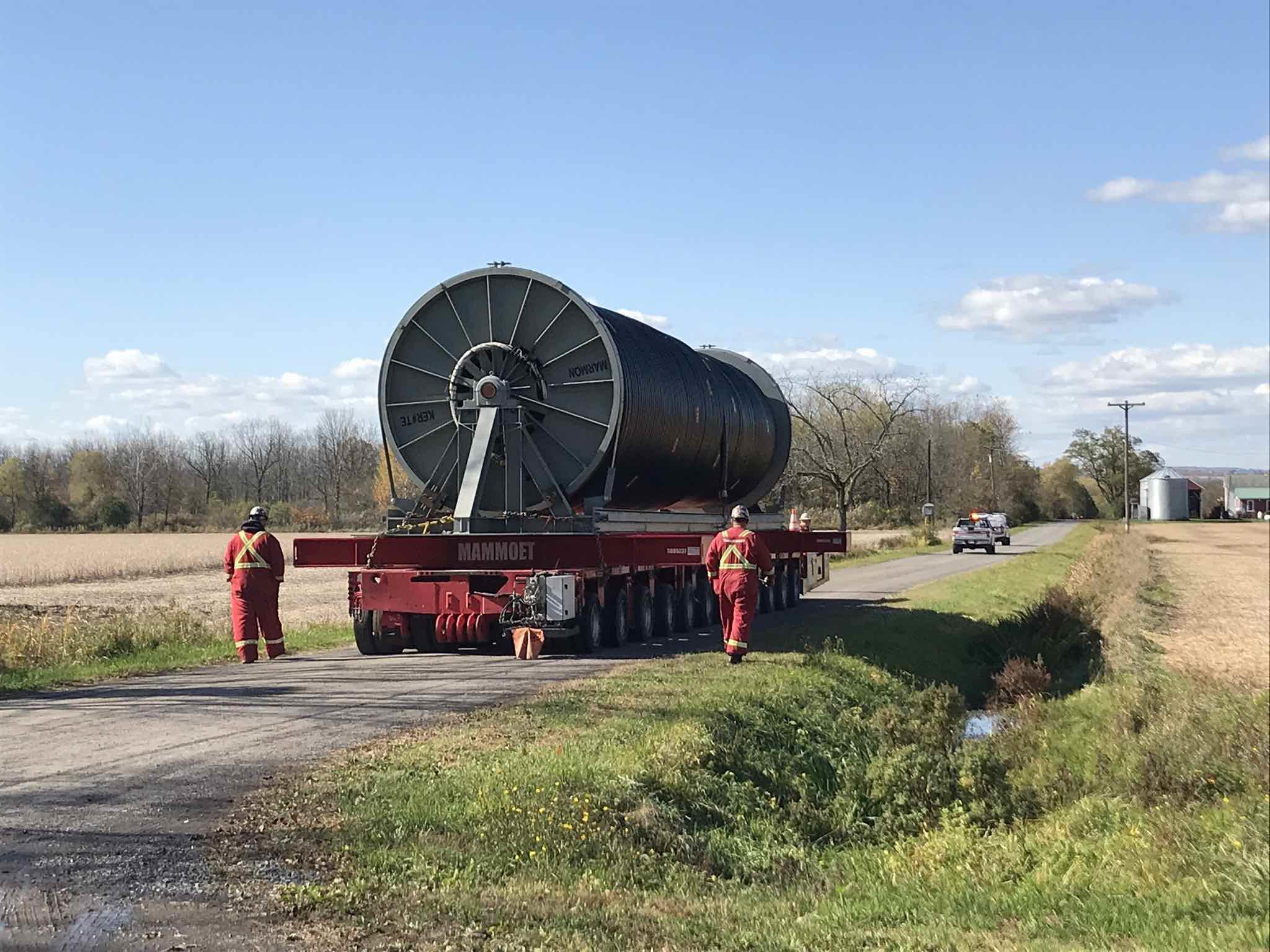 New York State Electric & Gas Corporation (NYSEG) is replacing four ageing cables that span Seneca Lake carrying electricity generated by the Greenidge power plant. The cables have been in situ for 77 years and are nearing the end of their useful life.

When originally installed in 1942, the cables contained mineral oil-impregnated paper insulation, a lead sheath and asphalt slush coating, all of which are now known potential environmental hazards. The replacement project calls for two new electric distribution cables, approximately 3 miles (4.8 km) in length, to be installed south of the existing cables to allow for continued operation and to safeguard system reliability.

Mammoet was hired by general contractor Reed and Reed to move two cable reels, each weighing 104 tonnes, from a nearby rail siding to the Sampson State Park Marina and roll them onto a barge.

To complete the move, Mammoet assembled 12 axle lines of Goldhofer trailers alsongside the rail siding. The first reel was transloaded from a railcar by means of a hydraulic gantry and placed onto stands. The second reel was moved directly onto the Goldhofer trailer combination, which travelled to the marina for load out onto the barge.

As the barge completed its round trip to and from the project site, Mammoet delivered the remaining reel to the ro-ro berth.

For this project a Poseidon barge was used, which required a detailed ballast plan prior to roll-on activities.