City Lifting has utilised a variety of below-the-hook equipment from Modulift to lift a digital air traffic control tower at London City Airport in the UK. 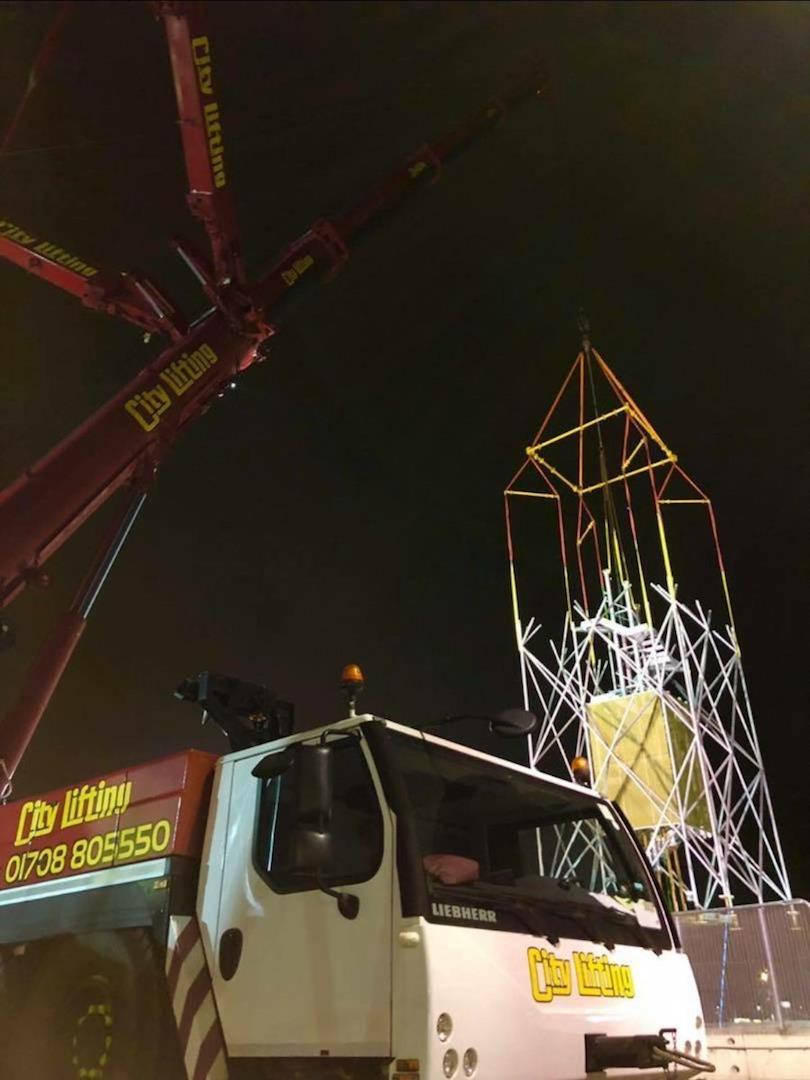 A 450-tonne lifting capacity Liebherr LTM 1450-8.1 mobile crane was used to lift the four 15.5-tonne sections into place. The sections, which measured 9 m in height, formed part of steel tower structure that stands over 50 m tall.

Struts from the MOD 24 beams were combined with four corner units to complete the frame. In this case, four additional MOD 12s were used beneath the frame to create extra lifting points.

Simon Courtney, contract lift manager at City Lifting, said: “Connecting the rig to the load was the most challenging part of the job. We could only gain access to the lifting points using a Bosun's chair [a device used to suspend a person to perform work aloft], which required a great deal of planning throughout the project as lifts were conducted over water and at height.

“The CMOD frame was originally connected directly to the crane hook but based on consultation with a steel designer, we were required to complicate the rig even further to support the centre spine of the tower.”

The project was completed on behalf of Buckingham Group Contracting. City Lifting’s project scope included building the tower sections, using a 70-tonne capacity mobile crane; placing the components onto a barge, using a 350-tonne capacity Liebherr LTM 1350-6.1 crane; as well as the installation on site.