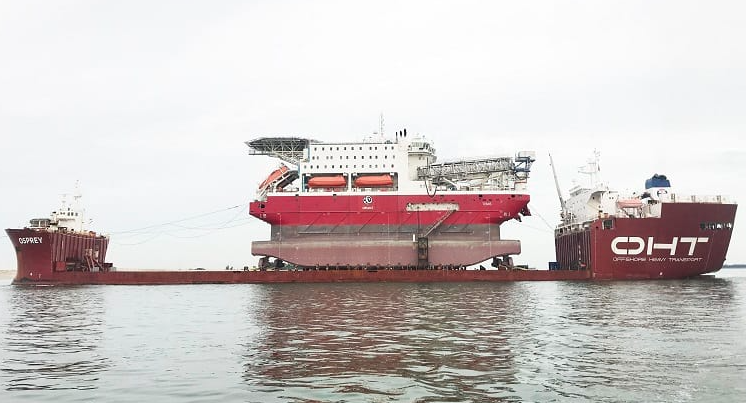 The unit, which measured 84 m x 32 m, was floated on to the submerged deck of OHT’s heavy transport vessel, Osprey, on behalf of Drake Maritime.

During Osprey’s voyage across the Indian Ocean, the contractual discharge location was changed to Gabon upon Drake Maritime’s request. Procedures for the offloading operation were re-planned and adjusted to accommodate the new discharge location.

In Gabon, the unit was discharged using its own propulsion units which, according to OHT, avoided the hire of costly harbour tugs.

From Gabon, the unit continued to sail under its own propulsion to Nigeria where Drake Maritime will operate the flotel for the contract period.