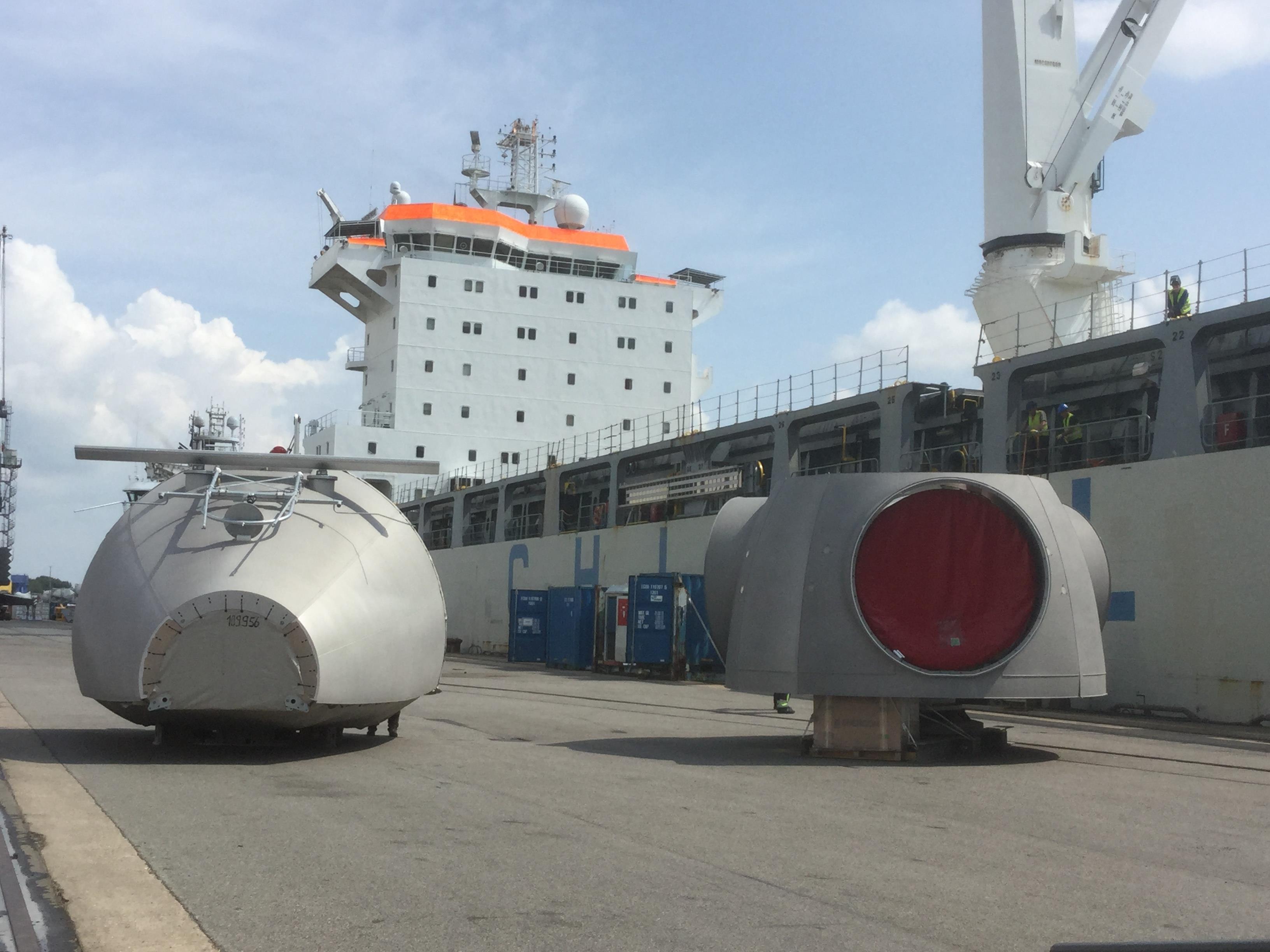 Before the vessel arrived in Emden, Chipolbrok called in Hamburg to load several pieces of project and breakbulk cargo, including a 330-tonne gas turbine.

Once in Emden, 38 wind energy components, with a total weight of 538 tonnes, were secured on Paderewski. The largest pieces had a maximum length of 40.6 m and unit weights of up to 22 tonnes.

They were loaded onto the vessel on behalf of a Japanese logistics provider, representatives of which oversaw the handling and securing procedures. According to Chipolbrok, the stevedores were able to load all the components within 36 hours, which meant the vessel could depart the next morning.

After transiting the Suez Canal, Paderewski will call at Mumbai (India), Singapore, Kaohsiung (Taiwan) and Shanghai (China) before arriving in Masan at the end of September.