Panalpina has coordinated the transport of specialised pipes for the oil and gas industry from Malabo in Equatorial Guinea to Cabinda, Angola. 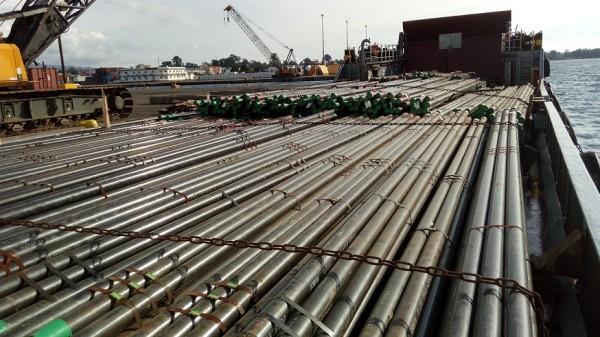 The cargoes were destined for an oil and gas platform, located approximately 25 km off the coast of Cabinda.

Panalpina’s energy and project solutions team in Angola utilised its deck vessel Merlin III to collect and deliver the cargoes, which weighed 312 tons (283 tonnes) in total.

The vessel measures 49.8 m in length and has a maximum payload of 350 tonnes.

Panalpina also handled the delivery of tubes from Aberdeen, Scotland to Pointe-Noire in the Democratic Republic of the Congo (DRC). Panalpina was responsible for arranging a charter flight from Europe before handling the overland transportation to Cabinda.