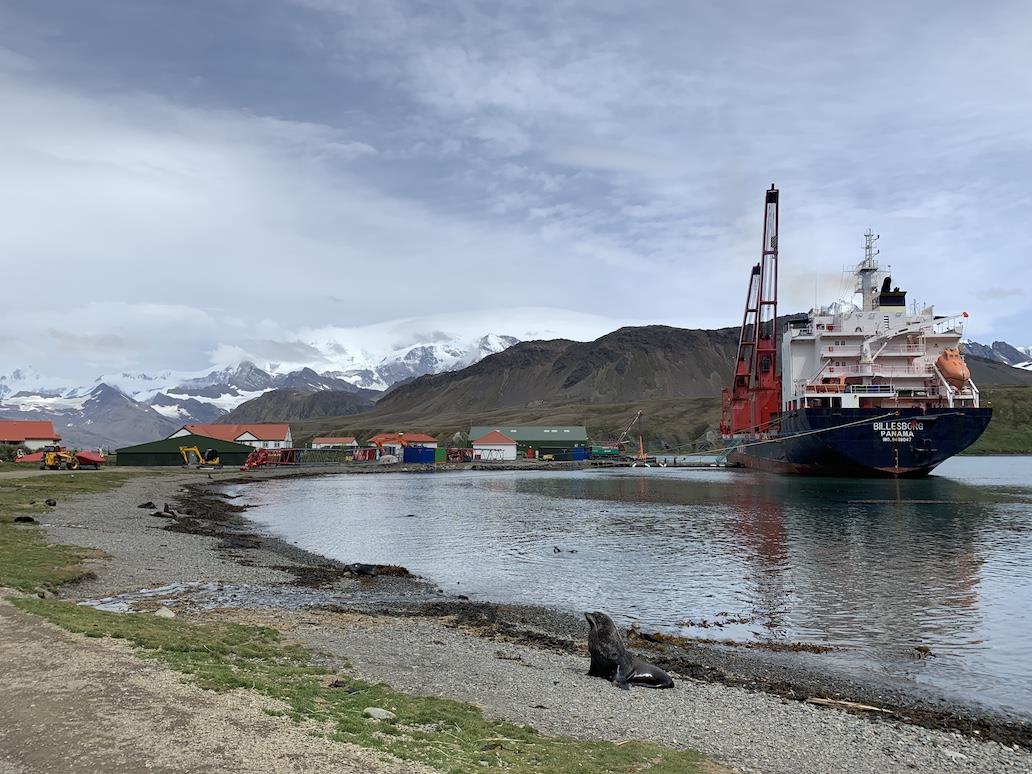 According to TGP, the South Georgia and the South Sandwich Islands are home to one of the world’s most remote and vulnerable ecosystems. To protect numerous at-risk species, the government now operates a stringent post-eradication biosecurity policy for all inbound vessels and cargo.

TGP added that any breach of this policy would result in a delay to the vessel, incurring extensive costs in South Georgia and/or the forced return of the cargo to the UK without unloading.

To mitigate this risk, TGP managed a multifaceted decontamination process to ensure adherence to the Government of South Georgia and the South Sandwich Islands (GSGSSI) Biosecurity Handbook. This included working at a specially prepared site in Teesport, UK, to manage all biosecurity preparations.

Firstly, all of the loading areas were deep cleaned prior to receiving the cargo. Organic insecticides and pesticides were sprayed around the facility, and a manual inspection was completed.

Secondly, the cargo and containers were inspected, pressure washed and sprayed with insecticides when deemed necessary. In addition, a rodent detection dog team was employed to sniff cargo and cargo storage areas.

TGP’s team implemented similar biosecurity measures on the vessel, which was equipped with two 150-tonne capacity cranes, and an independent observer was present to further ensure no biosecurity infractions occurred.

After the decontamination process was completed and the cargo loaded, the shipment departed Teesport on December 23, 2019.

The Antarctic route also presented numerous challenges, said TGP; the existing berth at King Edward Point was only 24 m long, yet the vessel was 138 m in length. To help manage these risks, TGP hired an ex-captain from the British Antarctic Survey familiar with navigating vessels in and out of King Edward Point to act as pilot.

The consignment arrived at its final destination on January 16, 2020 and the equipment was offloaded in six days.

This shipment to South Georgia follows TGP’s delivery of construction equipment and materials to Rothera Research Station at the beginning of 2019, as HLPFI reported here.

Another voyage to Rothera will take place during March 2020 to deliver infrastructure modernisation equipment.