South African heavy lift and industrial relocation specialist Vanguard has transported a press line from Australia to South Africa on behalf of an automotive components manufacturer. 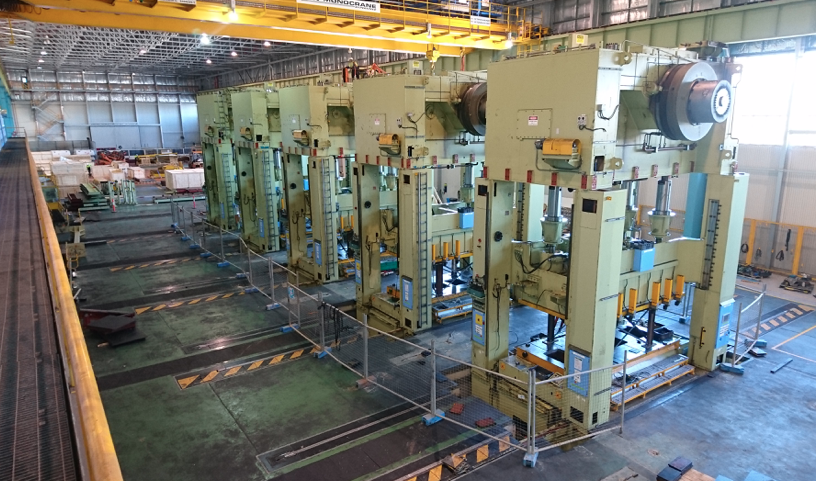 Johannesburg-headquartered Vanguard is managing the entire project – dismantling the plant, shipping it on a chartered BBC Chartering vessel to Richard’s Bay in South Africa and reassembling it at its final destination.

Vanguard managing director Roland Cumings said: “Our client approached us in October/November last year and we mobilised in December, contacting engineering companies in Adelaide and using a handful of key specialists to manage the process. We stripped the plant, packed it up and it landed in South Africa in May. In total there was about 5,000 tonnes of equipment.

“We’re now setting up on site for reassembly and we expect that it will be operational, producing components for new export models of vehicles, by the end of this year,” Cumings confirmed.

Due to the timeframe for this project, Vanguard was hard pressed to find partners in Australia with both the right skill set and appropriate equipment to handle the job. “We had to piece together a lot of people who didn’t necessarily have the experience for this specific work,” Cumings said.

For example: “We found a company with hydraulic lifts usually used in mining and power generation, and an engineering company with experience in machine manufacturing and automotives. We had five separate contracting partners, managed very closely, from marking to dismantling to lifting to transportation.”

The management of numerous contractors to get the job done within the specified timeframe and without commercial risk to the client was the main challenge Vanguard faced. Another was the lack of information pertaining to the press line itself, in terms of how best to strip it out – and piece it back together.

The company will also move two more press lines from that plant to locations in South Africa and Europe on behalf of the same automotives client. Work began in late June and the equipment is due to be stripped out by October.