Equipment supplied by Modulift was used to complete the construction of the citizenM Hotel in South Lake Union, Seattle, USA. 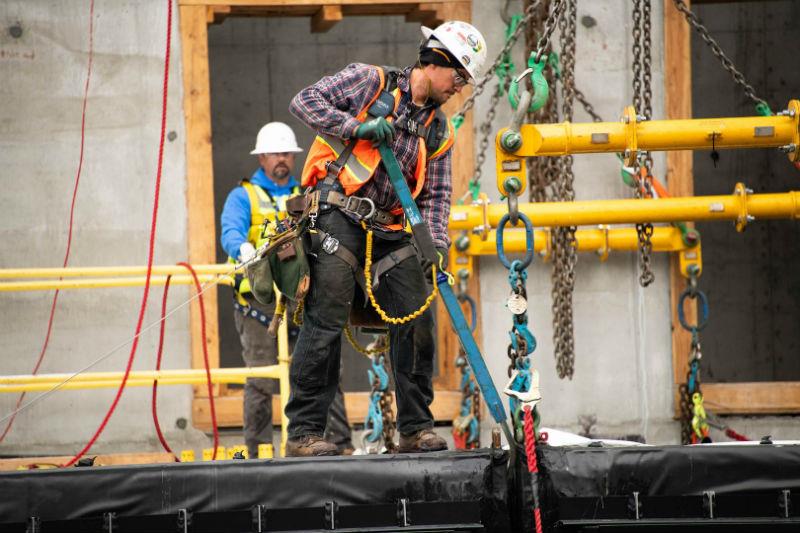 Modulift spreader beams, combined with other rigging equipment in 19 different configurations, completed over 200 lifts for the project, which was undertaken by construction company Mortenson.

The seven-storey building comprises six floors of modular units, each one requiring 19 unique lifts, with different beam and sling lengths required for each lift.

Jack McCaskill, project engineer from the Seattle operating group at Mortenson, explained that multitude rigging configurations were required as the modules varied in size; the largest measured 3.04 m wide by 15.54 m long and weighed 20.5 tonnes. Some of the modules had six lifting points while others had eight, as well as offset centres of gravity. The heights of lifts also increased as the hotel took shape, with the final storey reaching 21.3 m above street level.

MOD 24, MOD 34, MOD 50, and MOD 70 spreader beams were all utilised during the project. Chain slings with shorteners were used so that the lengths could be adjusted to accommodate the aforementioned offset centres of gravity.