Volga-Dnepr Airlines, on behalf of Swiss freight forwarder Panalpina, has delivered two helicopters from the UK to Melbourne, Australia for Babcock International. 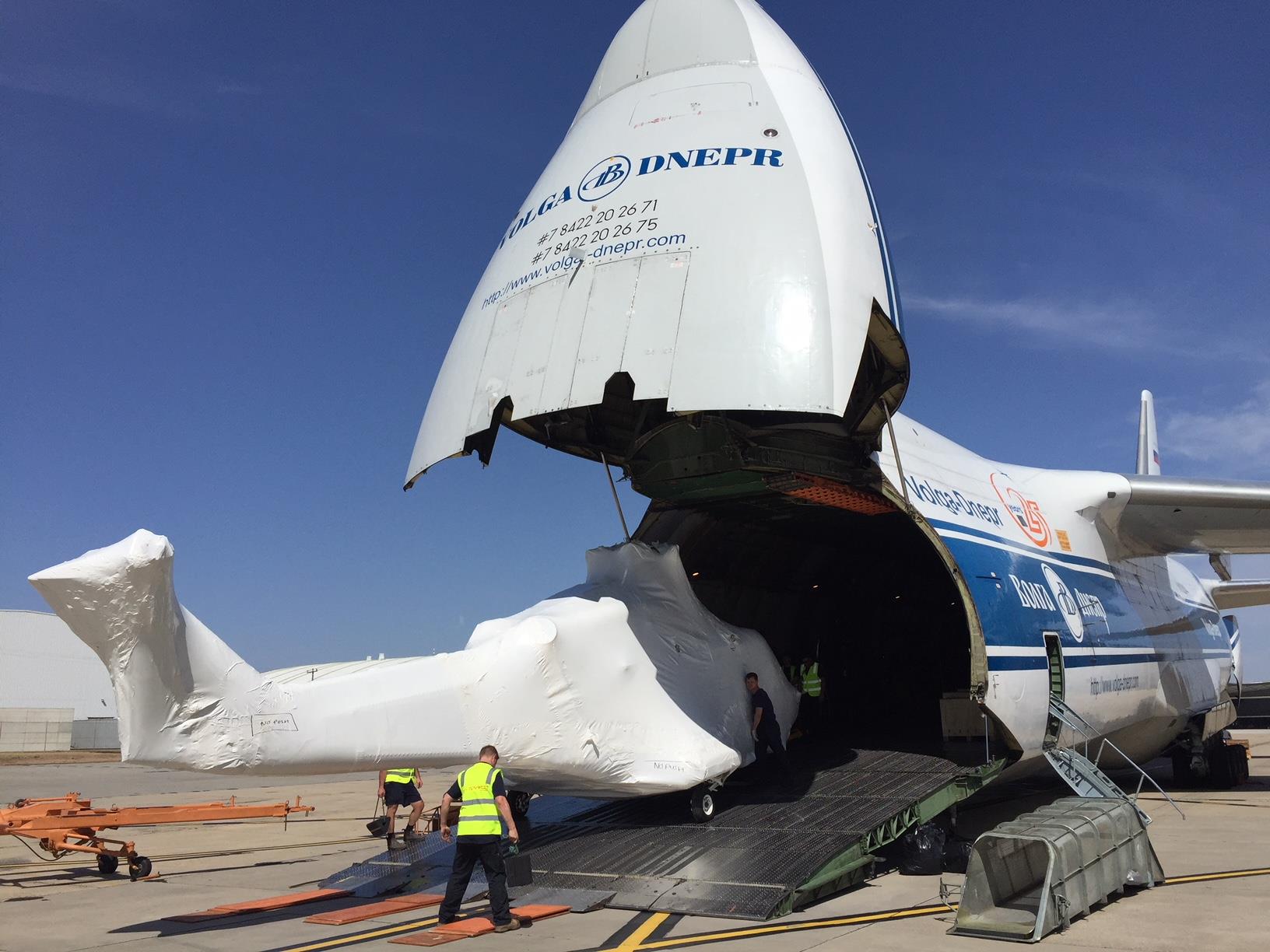 In addition to the delivery of two AgustaWestland AW139 helicopters to Melbourne, Volga-Dnepr transported two Sikorsky S-92 helicopters from Darwin to Aberdeen in Scotland.

For the project, the helicopters were loaded on board an AN-124-100 aircraft, which, according to Volga-Dnepr, is capable of transporting up to 12 helicopters in its cargo hold depending on their size and weight.

Glasgow Prestwick Airport was chosen as the UK point of departure for the AW139 helicopters, as well as for the arrival of the S-92’s.

In the first stage of the project, the two 5.5-ton (5-tonne), 16.7 m-long AW139 helicopters were delivered by road from Aberdeen to Prestwick. The rotors were removed and the helicopter body was wrapped for transit. They were then loaded onto the aircraft using the AN-124’s ramp.

After unloading in Melbourne the AN-124 departed to Darwin, where the two 7-ton (6.4-tonne) S-92 helicopters were ready for loading ahead of their journey to Aberdeen. All dismounted parts were delivered together with the helicopters.