June 28 - ALE has transported a 59 m long de-enthaniser column in Bahrain, which it claims is the longest to ever be moved in the country, for the Central Gas Plant III project.

To transport the 220-tonne de-enthaniser column from the jetty to the fabrication workshop, ALE used 48 axle lines of self-propelled modular transporters (SPMT).

"Due to its excessive length, transportation on public roads proved challenging. By making minor route modifications and receiving assistance from the Bahrain Traffic Police when the column crossed a major highway, we were able to overcome this," said Andrew Spink - general manager for ALE's Saudi Arabia branch.

The project is expected to be completed in September. 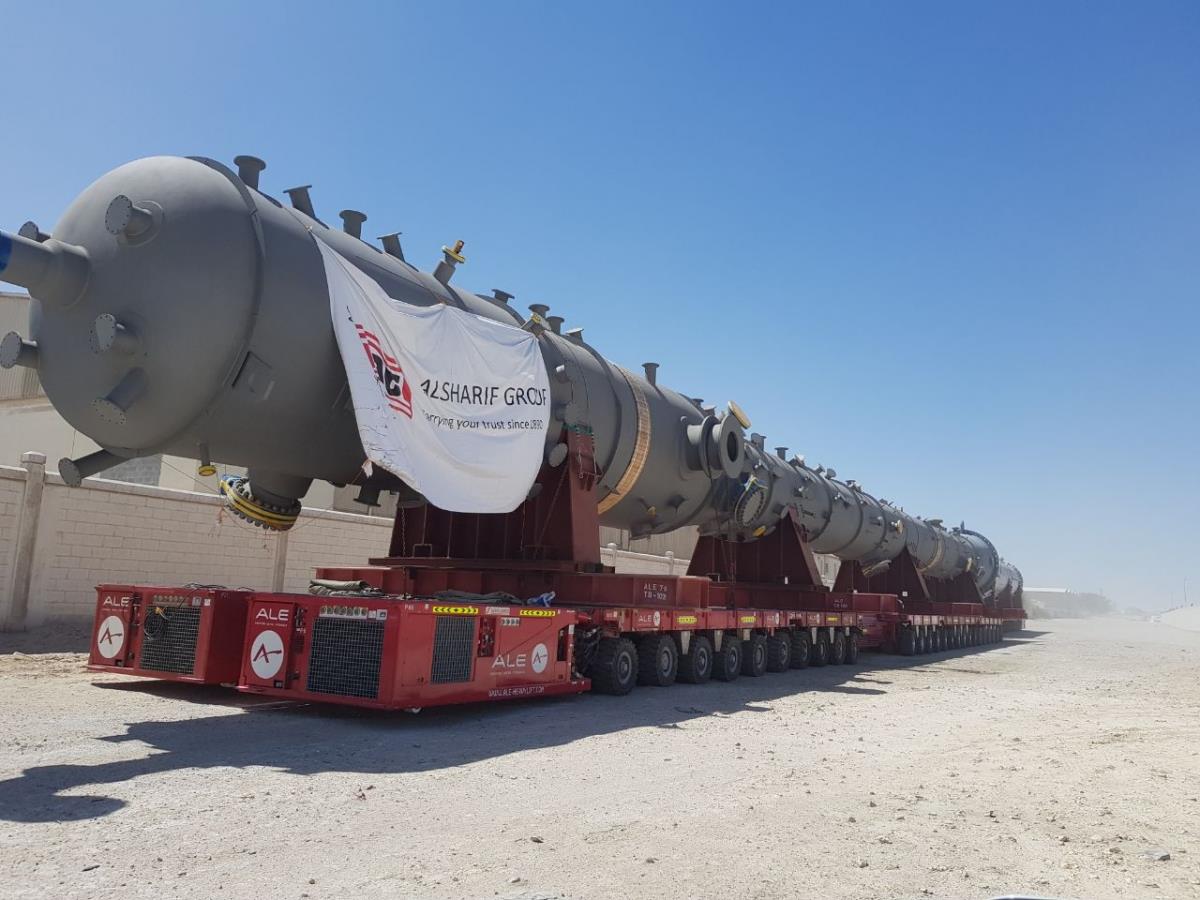