Antonov Airlines has collaborated with Chapman Freeborn Airchartering and Oil Spill Response Limited (OSRL) to test the airborne transport of equipment used by the oil industry in the event of an oil spill. 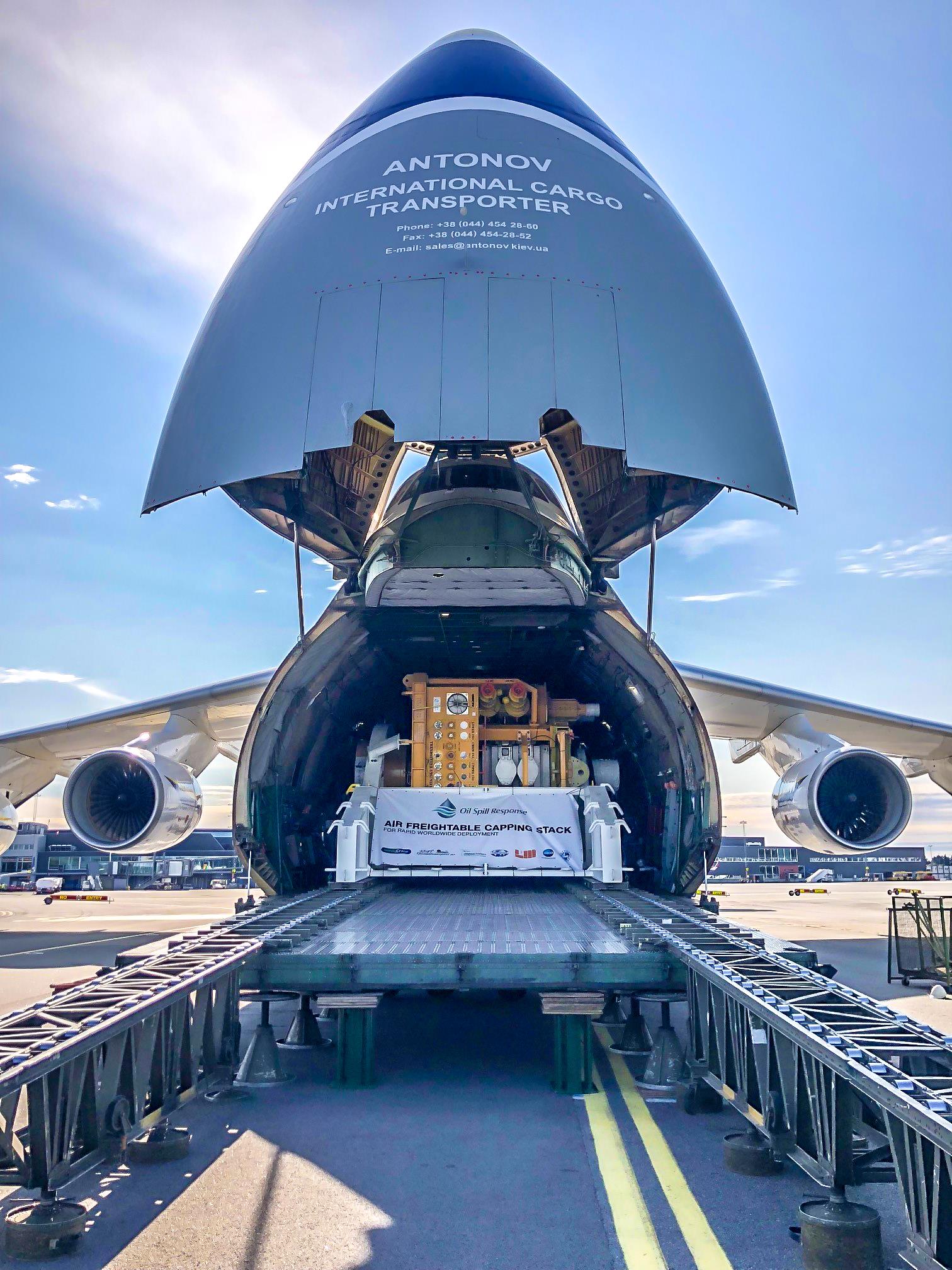 Transport by air, according to Antonov, means that oil spill response companies are able to reach incidents much faster than traditional ocean transport.

Prior to the 1 hour 23 minute test flight to and from Stavanger in Norway, transporting capping stack equipment by air would have meant breaking it down into multiple payloads and reassembling it at the destination, before moving it to the incident site, explains Antonov.

The AN-124 was chosen for the flight after an extensive logistics study by Chapman Freeborn. The aircraft was chosen for its ability to travel up to 5,000 km with a 120-tonne payload, self-loading/off-loading capabilities, as well as its availability on the European spot market.

To enable the movement of the capping stack in a single operation, OSRL worked with Switzerland-based metal construction company, L+M to design and build a bespoke frame, with support from Trendsetter, the capping stack manufacturer.

Martin Griffiths, sales manager at the UK office of Antonov Airlines, explained: “We faced a variety of challenges including limited clearance for the cargo, the weight and size of the capping stack itself and its effect on the flight, as well as the requirement to load it fully assembled, as would have to be the case in an actual oil spill scenario.”

According to Chris Lund, technical manager for OSRL's subsea well intervention services (SWIS) team, sea transport remains the most likely mobilisation option for the majority of well sites, but the ability to transport the equipment by air is vital for wells in more remote areas.