In partnership with Swire Blue Ocean (SBO), Blue Water Shipping has shipped a large crane boom from northeast Asia to Esbjerg in Denmark. 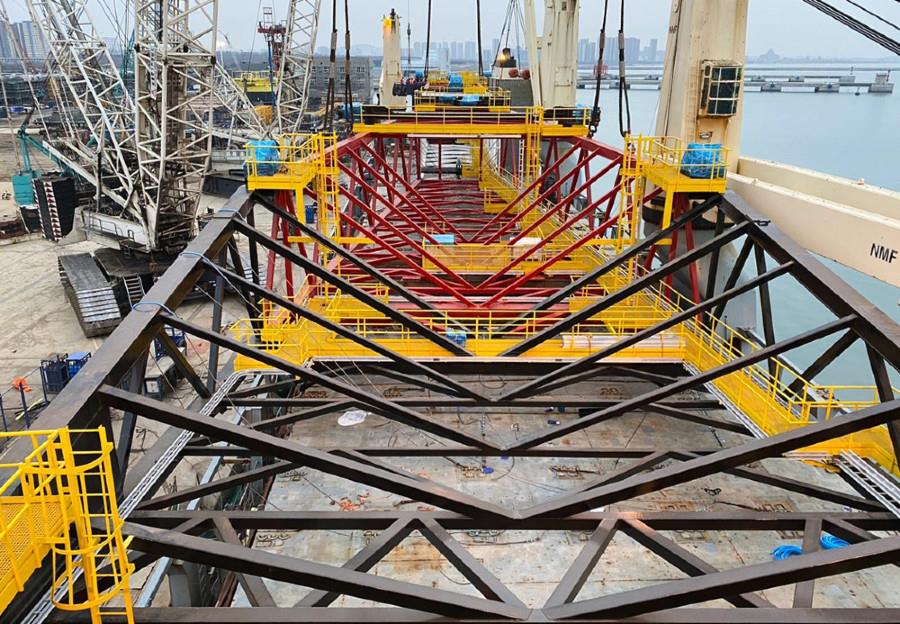 Prior to signing the contract the technical teams from SBO and Blue Water Shipping, along with project carrier SAL Heavy Lift, had extensive discussions to formulate optimal stowage and securing plans for the cargo.

Nikolaj Sørensen, head of projects at Blue Water Esbjerg, said the boom was loaded, lashed and secured onto the heavy lift vessel Wiebke on January 22 – just ahead of the Chinese New Year holidays.

“After one month at sea, the vessel arrived safely at the port of Esbjerg, where the Crane Boom was discharged by two crawler cranes,” said Sørensen.

The boom was installed aboard SBO’s offshore construction vessel, Pacific Osprey, on April 16.