Ro-ro operators are one of the main disruptors for traditional carriers of breakbulk and project cargoes, and these shipments are continuing to boost volumes for the companies that specialise in moving vehicles. 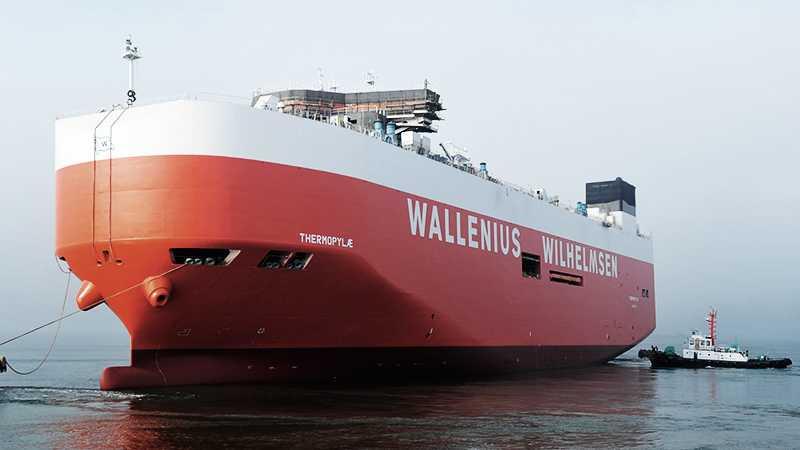 At the AntwerpXL exhibition, Dirk Visser, senior shipping advisor at Dynamar, suggested that approximately 75 percent of the carriers exhibiting at the show were traditional breakbulk and multipurpose operators; 25 percent fell within Dynamar’s ‘disruptor’ category, i.e. ro-ro, container or bulk carriers.

This ratio of disruptors to traditional operators, according to Visser, was on the “low side” at the exhibition, when compared to other trade shows, but still demonstrated the increasing role these shipping companies have in the breakbulk and project cargo sector.

Visser added that many of the carriers that fall within the disruptor category have now developed into formidable breakbulk operators.

One such operator is ro-ro shipping line WW Ocean, part of Wallenius Wilhelmsen.

In announcing its annual results for the first quarter of 2019, Wallenius Wilhelmsen said that its favourable cargo mix, higher fuel cost compensation from customers, along with strong volumes of project cargo shipments in the Atlantic increased its ocean revenues, despite a slight dip in volumes.

Total income in the first quarter for Wallenius Wilhelmsen was USD1.02 billion– up 5 percent compared to the same period last year.

While the land-based activities also delivered a stable performance, the increase was largely due to the increased revenues for the ocean segment.