Airbus has partnered with DB Schenker to develop a logistics plan to transport components of the A320 range of aircraft from Hamburg, Germany to the manufacturer’s US facility in Mobile, Alabama. 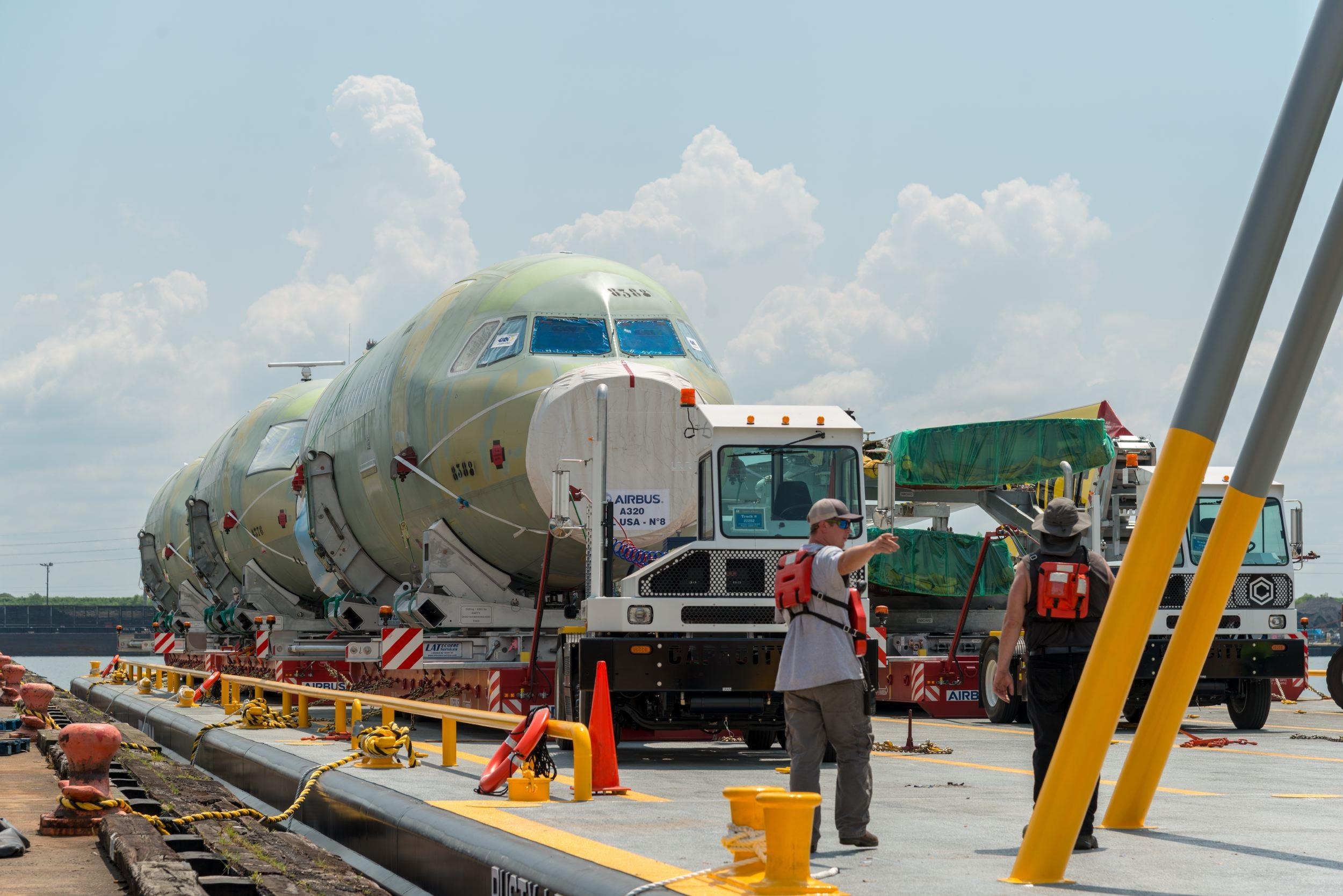 To achieve Airbus’ production goals, DB Schenker developed a logistics solution using inland waterways, rather than loading the components, including vertical and horizontal tail planes, wings, and the front and rear fuselage, onto trucks for overland transport.

When the components for complete aircraft arrive onsite every month, parts can be stored in the hangar while one aircraft is immediately put into the final assembly phase, says DB Schenker.

According to DB Schenker, the original logistics process involved vessels from Hamburg docking in Mobile Bay before the components were trucked to the production facility, involving a smaller vessel and a crane for the offloading process. The components also had to be transported through the city centre.

Using a the ro-ro terminal, barge, and newly-dredged section of river, Airbus is able to deploy larger vessels to transfer the components by water on a monthly basis.

Michael L. Schoenfeld, senior vice president and head of contract logistics for DB Schenker USA, said: “Working with Airbus, the local authorities, and numerous local providers, we designed the solution, organised the project, and orchestrated it in a way that solved Airbus’ key challenges."

He added that the concept is helping Airbus increase production and utilise existing infrastructure, including a dock that was built and used during World War II.