December 30 - Egytrans has transported two 233-tonne transformers, along with additional equipment and accessories, from the port of Alexandria to the Giza north power plant in Egypt.

Egytrans opted for multimodal transportation due to the fact that several bridges and canals on route to the power plant could not sustain the load, and their reinforcement would have been cost prohibitive for the client.

The cargo was shipped by barge from Alexandria and along the Nubaria canal for 250 km to a temporary jetty at Khatatba, which was designed and built by Egytrans.

The company worked closely with the Ministry of Irrigation and River Transport Authority to navigate the water locks system and study the water levels needed to ensure the safe transport of the cargo along the waterway.

At Khatatba the transformers were offloaded using a PC/CC 4200 crane and moved on to hydraulic trailers supplied by ETAL, a subsidiary of Egytrans, to be delivered by road to their final destination in Giza.

ETAL handled a similar shipment of six transformers for the same power plant this summer, which was reported by HLPFI on July 5, 2013.

First established in 1973, and now with eight branches in strategic locations across Egypt, Egytrans specialises in integrated logistical solutions for large projects including the transport of sensitive and OOG cargoes. 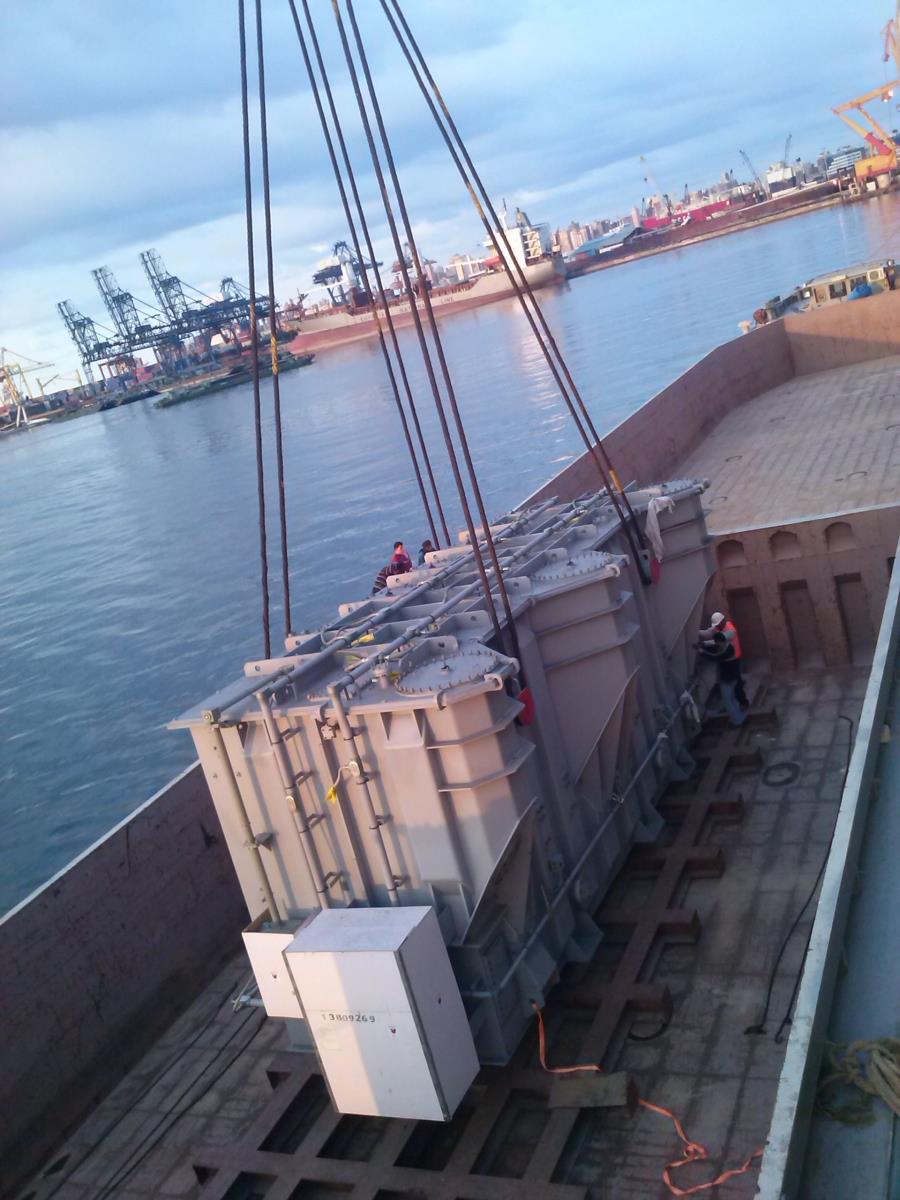