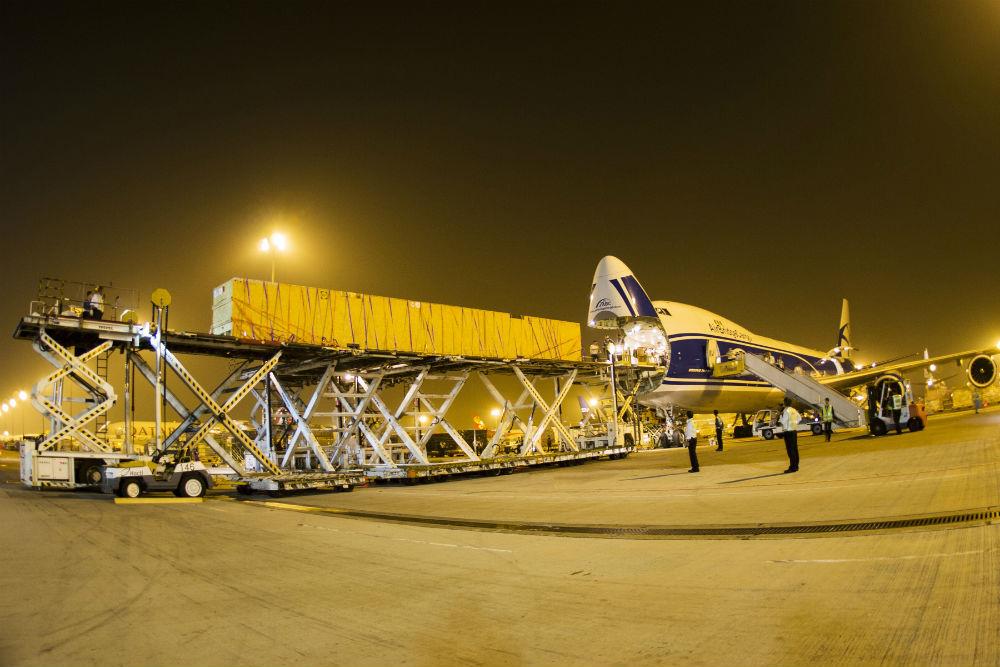 ABC used two of its B747-8 freighters to transport the cargo from Schiphol International Airport in the Netherlands to Hong Kong. Each freighter carried 20 m-long machinery components weighing 18.8 tonnes.

The components were secured using customised pallets, which were unloaded through the aircraft’s nose.  Unable to use cranes due to local regulations, four main-deck loaders were deployed and lowered in perfect alignment to avoid damage to the cargo.

Further challenges were faced when manoeuvring the cargo to the terminal. Ramp road traffic was diverted and a direct path to the terminal was cordoned off to provide a straight journey without any sharp turns.

The shipments were amongst the longest HACTL has unloaded from B747 freighters. Chief operating officer of HACTL, Chee Hong Tan, commented: “It’s at times like this that the vast experience and skills of our ramp team really come into their own.”

Sergey Lazarev, general director of ABC, added: “For such a sophisticated and challenging shipment, the ABCXL team and HACTL have performed delicate workmanship, making sure the cargo was smoothly transported and unloaded.”