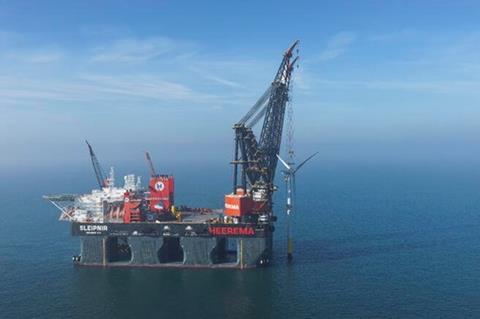 The development of Heerema’s RNA method has been ongoing over the last two years and has been tested extensively within Heerema’s office-based simulation centre. The RNA installation method was developed for the next generation of wind turbines.

Heerema performed the demonstration project in collaboration with Dispuut Offshore Technologie (DOT) and the Delft University of Technology (TU Delft).

The largest technical challenge when using a floating installation vessel is the relative motion between the vessel’s crane and the geostatic foundation of the offshore structure, Heerema said. One specific point of attention within the RNA method is the blade installation. To combat these challenges, Heerema has developed the guided root end positioning tool, known as the GREPT. 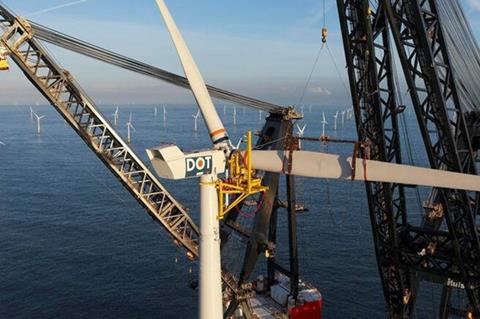 During the offshore test, Heerema assembled the complete wind turbine generator onboard, which included the installation of blades using the GREPT. After that, the tower was installed on a pre-installed monopile using DOT’s slip joint connection.

After the test project was finalised, the wind turbine generator was disassembled and the monopile removed using a Vibro Lifting Tool.