All five cranes were lifted and stowed fully-erected on the deck of Hansa's heavy lift ship HHL Rio de Janeiro, which limited the crew's line of sight and required an extra radar scanner to be installed on the foremast.

Extra risk assessments were also carried out prior to commencing the voyage, in order to fully comply with all local and flag regulations, added Hansa.

"Our crews had to adjust the stowage and lashing plans for each crane in order to ensure we could accommodate all five of them on deck," explained Ian Broad, director of marine operations at Hansa.

In addition to the five cranes carried on deck, four grabs, two Bromma container spreaders and a dismantled Demag mobile cranes were also shipped on the vessel under deck.

"We were able to overcome very tight stowage, which at places only had 20 to 30 cm clearance, by using heavy lift platforms to increase available deck space," added cargo superintendent, Captain Johan Buysse.

The cranes were loaded at the ports of Nyborg, Frederikshavn and Aalborg in Denmark, as well as the Port of Antwerp in Belgium, before being delivered to the Bulgarian ports of Bourgas and Varna, in addition to El Dekheila and Damietta in Egypt. 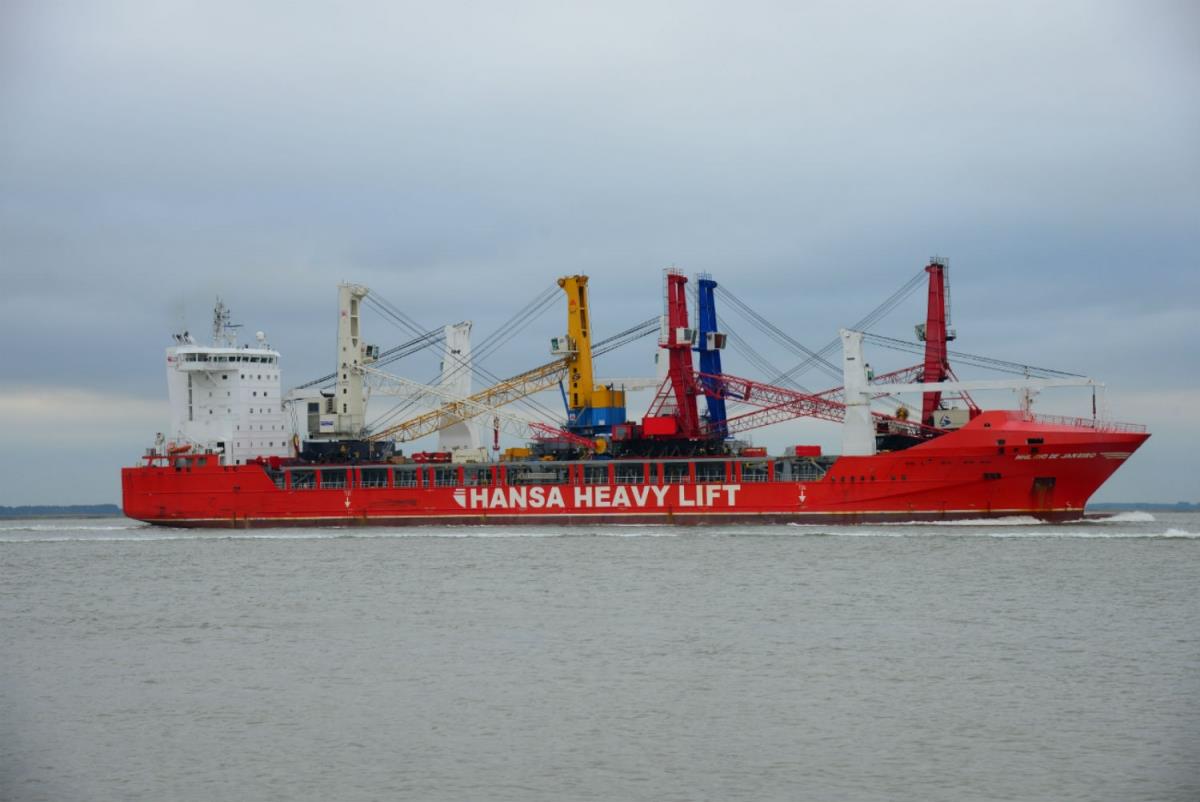