Khalifa Port has handled its first shipment at its South Quay, marking the commencement of operations at the recently launched deepwater terminal. 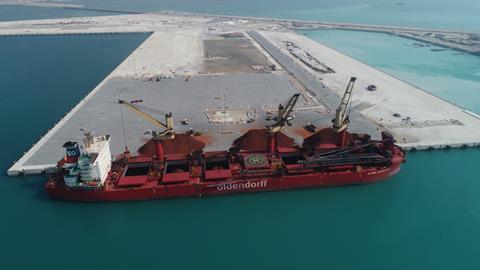 The recently completed terminal upgrade offers 650 m of quay wall comprising two berths, along with 7,000 sq m of terminal yard. Emirates Global Aluminium (EGA) will use the South Quay in addition to its own nearby quay.

Abu Dhabi Ports, which owns and operates Khalifa Port, said that the introduction of the South Quay, together with the adjacent Khalifa Port Logistics (KPL) development would boost the port’s ability to handle any type of cargo and serve a variety of customers.

In addition to the completion of the first phase of the South Quay development, approximately 800 m of quay wall and almost 175,000 sq m of land within KPL has been handed over in advance of the project¹s full phase 1 conclusion in the first quarter of 2021.