Mexico’s ESEASA has used its 3,000-tonne capacity Liebherr LR 13000 crawler crane for the first time to load seven oil platforms onto barges at the port city of Tampico. 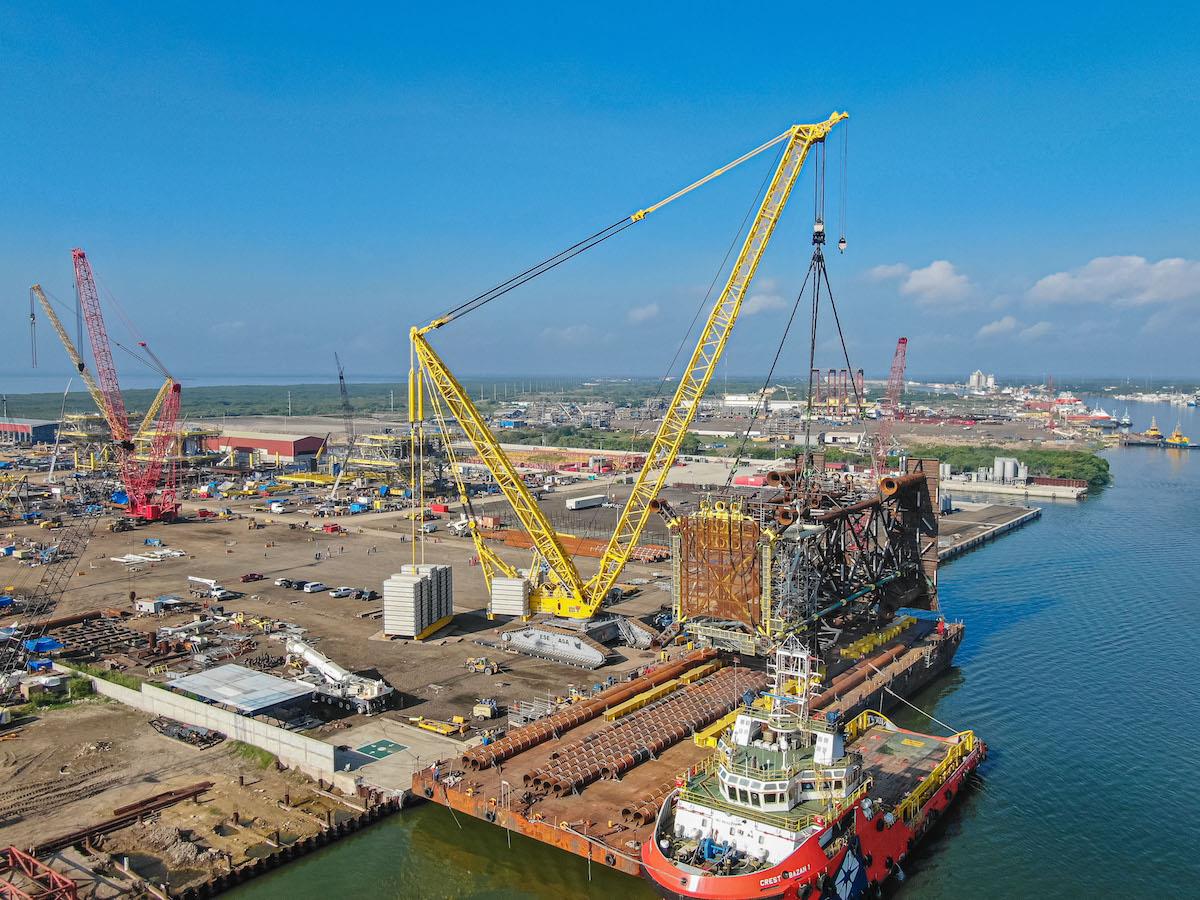 ESEASA has been manufacturing the oil platforms at its site on the banks of the Rio Pánuco for state oil group PEMEX.

The huge steel components that had to be hoisted onto the barges weighed up to 1,200 tonnes each.

Previously, the components were loaded onto SPMTs using jack-up systems and driven onto the barge, a process that took around 18 hours and required several tugs to hold the vessel in position. The obstruction thus caused required the closure of the waterway for several hours, at great cost, said Liebherr.

Using the LR 13000 meant that the barge could be positioned alongside the quay and the waterway left open. With no need for SPMTs, smaller barges could be used.