Etihad Cargo and Emirates SkyCargo are boosting capacity on their freighter services with passenger aircraft. 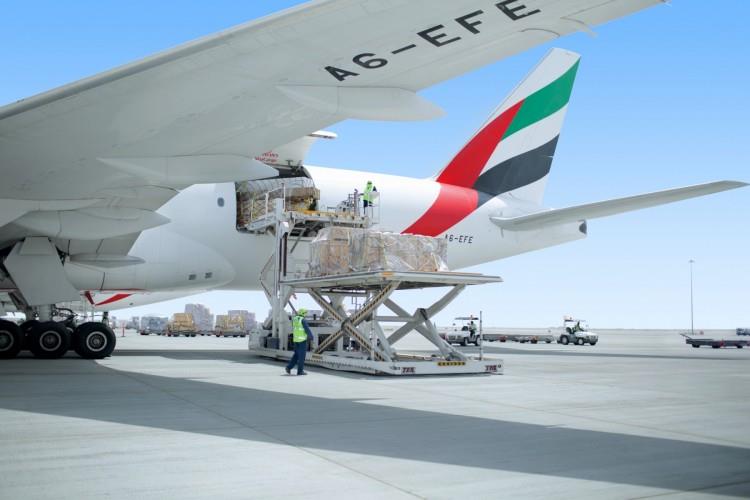 Etihad is deploying a fleet of Boeing 787-10 passenger aircraft as freighters to complement its existing services out of the UAE. The move follows a directive issued by the National Emergency Crisis and Disaster Management Authority, and the General Civil Aviation Authority (GCAA) of the UAE to temporarily suspend all passenger services to and from the country.

Etihad Cargo’s passenger aircraft will now be used to operate 34 weekly flights, serving ten markets. Each aircraft will provide capacity for 12 lower deck pallets and four containers, with a payload up to 45 tons (40.8 tonnes).

Meanwhile, Emirates SkyCargo is introducing a new schedule of cargo-only flights on its B777 fleet of passenger aircraft. These flights offer up to 40 tonnes of lower deck cargo capacity per flight.

The initial schedule will cover more than 20 destinations in the Middle East, Africa, Asia and Europe.

Meanwhile, the first Lufthansa passenger aircraft loaded with around 30 tons (27.2 tonnes) of cargo has landed in Frankfurt from Shanghai. In addition to the cargo compartments of the Airbus A330, the cabin was also loaded with urgent goods, mainly from the medical sector, including masks and other protective equipment.

Lufthansa Cargo said that it is “making every effort to strengthen security of supply by air”. The airline added: “About half of the goods are normally transported in freighters, the other half in the bellies of passenger aircraft. Due to the far-reaching cancellations of passenger connections, valuable airfreight capacity is lacking. The Lufthansa Group and Lufthansa Cargo are therefore looking into the possibility of operating further flights exclusively for cargo transport on passenger aircraft.”