Rosatom has been appointed as Russia’s management authority for the Northern Sea Route (NSR). 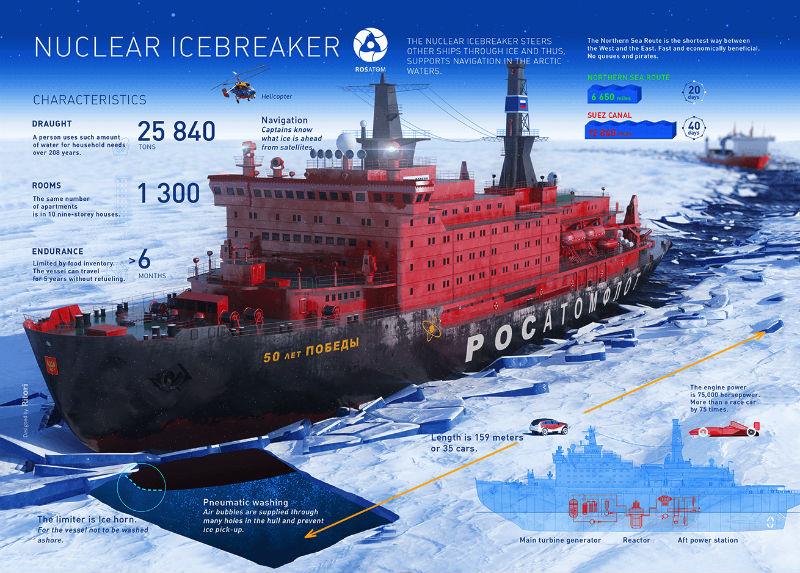 The responsibilities for the administration of the NSR, which until now has fallen under the jurisdiction of the ministry of transport, will now be transferred to Rosatom – a state-owned nuclear power development company.

Rosatom’s new powers in the Arctic include development and operational responsibilities for shipping, as well as infrastructure and ports along the northern Russian coast. The company will use its fleet of nuclear-powered icebreakers to ensure the route remains ice-free during the navigation season.

Russia’s President Vladimir Putin signed the law defining Rosatom’s powers along the NSR on December 28, 2018. Rosatom, together with authorised bodies, will make navigation viable and safe along the NSR, according to a statement released by the company.

Rosatom will now appoint a subsidiary organisation that will issue permits to sail via the NSR.

Navigation through the Arctic has been long sought by mariners, but only in the last eight years has climate change, coupled with the opening of the Arctic region to commercial development, made such navigation possible.

President Putin, speaking in his state of the nation address in March 2018, said that Russia wants to increase traffic along the NSR tenfold to 80 million tonnes by 2025.

The route is officially defined by Russia's NSR Administration as running around 4,000 km from Cape Zhelaniya in the west through the Kara, Laptev and the East Siberian Sea to Cape Dezhnev in the east. However, it is often depicted running further west to include Murmansk and even Kirkenes in northern Norway.

Travelling via the NSR shortens the sailing distance from Norway to China, for example, by more than 40 percent to 23 from 40 days, in comparison to the usual route through the Suez Canal.

Various heavy lift shipping lines have gained experience of sailing the NSR in recent years – primarily driven by the construction of the USD27 billion Yamal LNG plant at Sabetta.