December 2 - Siemens Wind Power has commissioned its first specialised transport vessel, Rotra Vente, which has been designed to deliver nacelles for the manufacturer's offshore wind turbines.

The 141 m long ship can carry multiple 8 MW nacelles per journey and is intended to connect Siemens' new manufacturing site in Cuxhaven, Germany with installation harbours in the North and Baltic seas.

The ship, which was designed in part by the Concordia Group as reported by HLPFI on November 7, is the creation of Siemens in partnership with logistics provider deugro.

Rotra Vente's delivery was officially celebrated today, December 2, at the Danish Port of Esbjerg. Its sister vessel is scheduled for delivery in spring 2017.

The vessel has been designed from the base of an existing container ship's hull. Constructed at Holland Shipyard in the Netherlands, the new ship is equipped with a large bow door allowing ro-ro access to the restructured cargo deck, which is covered by a telescopic roof to protect the nacelles from the elements during transportation.

Since the roof can be opened, Rotra Vente's cargo can also be loaded on board using mobile harbour cranes. The ship can also carry up to nine wind turbine tower sections or three to four rotor blade sets per trip.

"When our new factories in Hull, UK and Cuxhaven, Germany become fully operational, and both ro-ro vessels are in service as interconnection of our manufacturing and installation network, we expect savings of 15-20 percent in logistics costs compared to current transport procedures."

Rotra Vente's sister ship, which is currently under construction, is designed mainly for transporting turbine towers and blades for Siemens. The vessel will be able to accommodate up to 12 blades per trip. 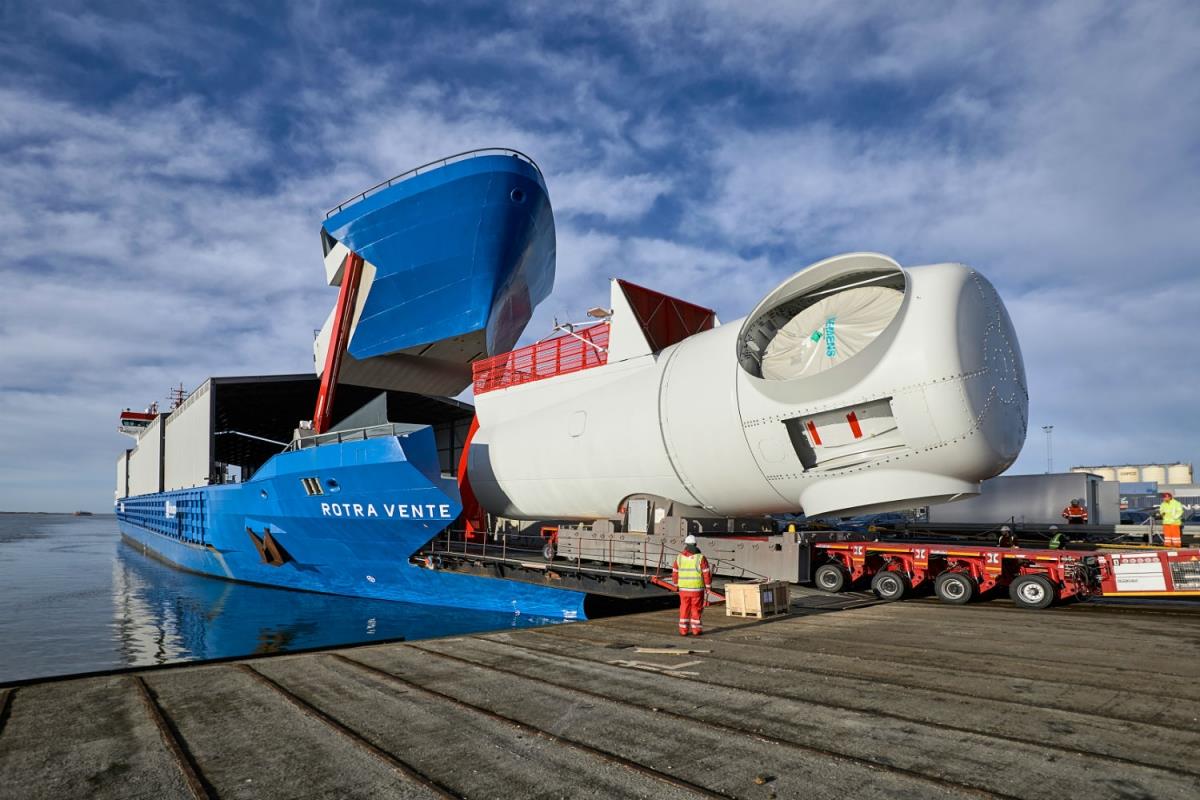