Wassermann reels it in

December 2 - Having acquired two Scheuerle InterCombi vehicle combinations in 2015, Wassermann Group has been putting the trailers to use on the expansion of a high-pressure pumped storage power station at Lake Vermunt in the Austrian state of Vorarlberg.

The vehicles came equipped with frame decks designed for the transport of extremely heavy cable drums.

For its recent project, Wassermann helped transport cable reels, weighing in between 30 and 100 tonnes, into the Austrian Alps.

The reels contained cables measuring up to 1,100 m long for installation at the power station operated by Vorarlberg Illwerke.

HLPFI reported in July 2015 that Wassermann had acquired the two Scheuerle vehicles. 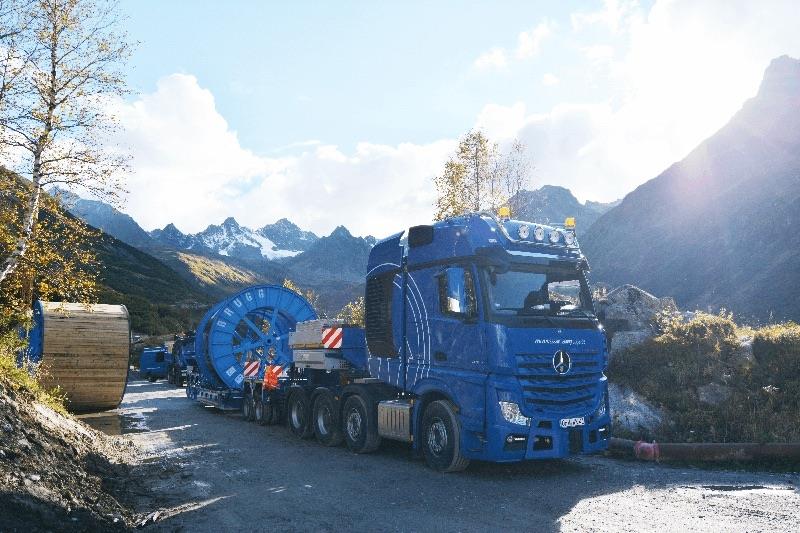