Transport of the turbine components started in June of this year and Vanguard has managed to comply with the target of erecting one turbine per week, with the last lift - a 75-tonne hub and blade combination - being completed last week.

The project, which also included the discharge and storage of the turbines, transport from the port of Ngqura to the wind farm site, and the mechanical and electrical installation, required the use of Vanguard's specialised fleet of multi-axle trailers.

As one of the first large scale wind farms to be completed in South Africa, the erection and installation teams had to overcome numerous obstacles.

Specially imported tower clamp attachments, which lower the overall height of the load, were used to transport the 4.7 m diameter tower sections, along routes which would not have been possible with standard trailers.

A lack of suitable cranes in South Africa required Vanguard to secure a crane from Europe to lift the 125 tonne nacelle to a height of 90 m. 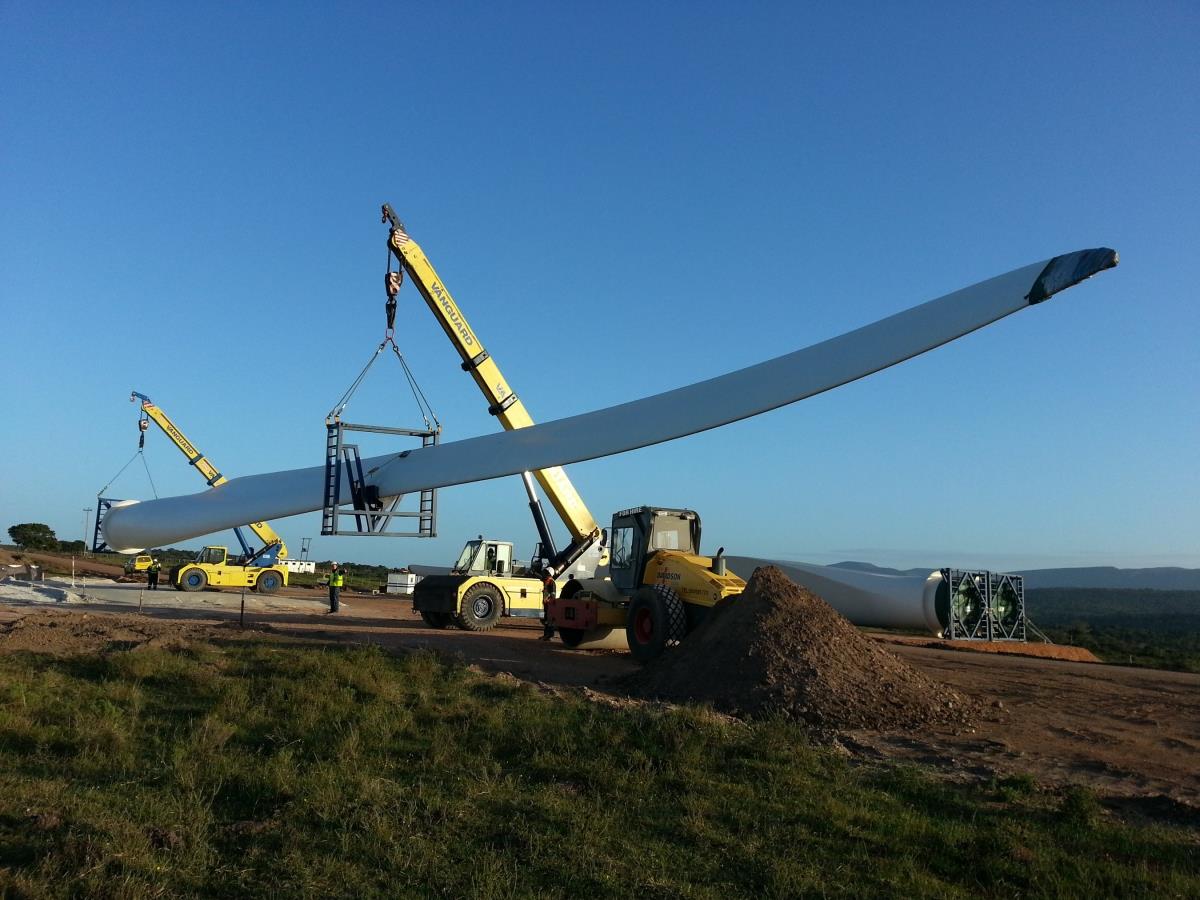