William D. Friedman, president and ceo of the port of Cleveland, has succeeded Steve Cernak as chairman of the board for the American Association of Port Authorities (AAPA). 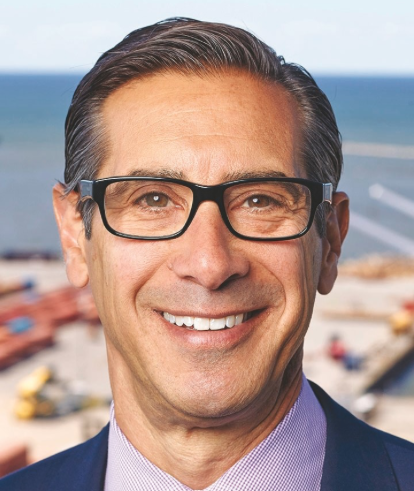 Friedman began his one-year term on October 10. As board chairman, Friedman also serves as the association’s US delegation chair, whose other officers include: chairman-elect, Gary G. Nelson, from the port of Grays Harbor; vice chairman, Mario Cordero from the port of Long Beach; and immediate past chair, Steve Cernak from port Everglades.

Chairing the Caribbean delegation this year is Glenn Roach from Barbados Port. The chairman-elect is John Bishen, St. Vincent and the Grenadines Port Authority; and the vice chairman is Orlando Forbes from Freeport Harbor Company (Bahamas).