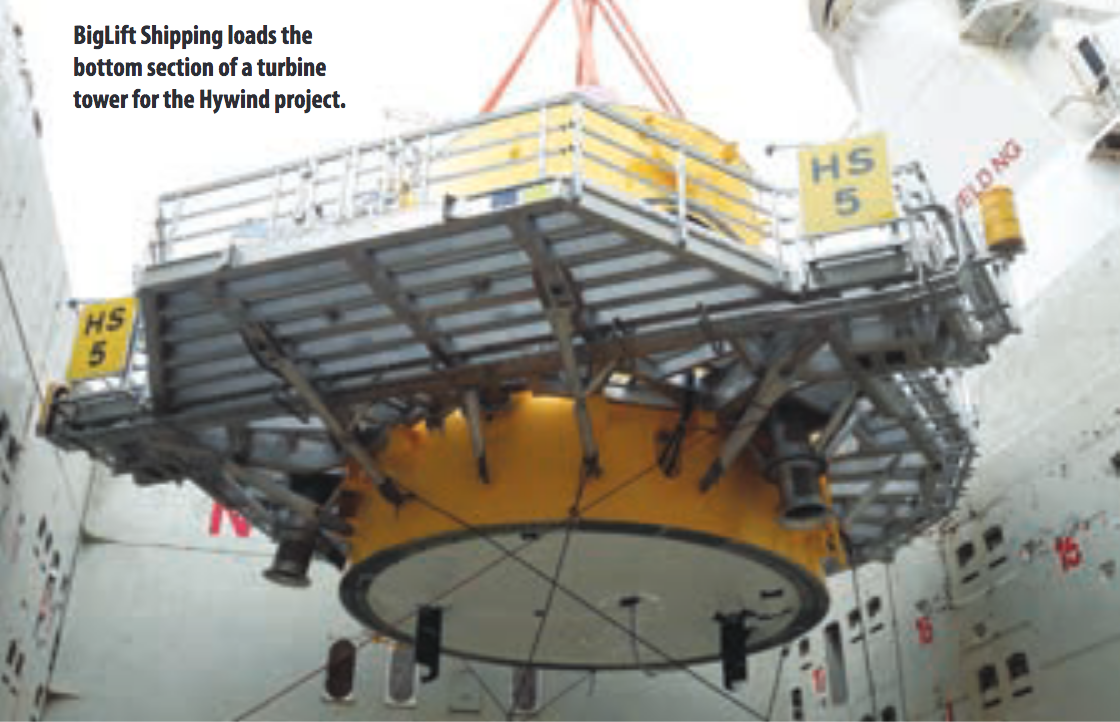 According to EMEC, which is leading a consortium from Ireland, the UK, France, the Netherlands and Germany, funding for the project has been secured from Interreg North West Europe to accelerate the uptake of FOWT technology.

Subject to consent, a FOWT will be deployed for testing by 2022.

Another development earlier this year saw trade association RenewableUK launch a group to set out the FOWT industry’s strategy for large-scale deployment in the UK.

In that context, RenewableUK pointed out that the world’s first FOWT farm, the 30 MW Hywind project off the coast of Peterhead, Scotland, was commissioned by Norwegian multinational energy company Equinor (formerly Statoil) and Abu Dhabi renewable energy company Masdar in 2017.

“The UK’s existing leadership in offshore energy and abundant natural resources makes our waters the ideal test bed for this new technology, which has huge international potential as other countries seek to take advantage of the renewables boom,” claimed RenewableUK.

That technology could be suitable for installation in some US waters, for example, suggested Charles Dougherty, chief commercial officer of Atlantic OffshoreTerminals (AOT). “The idea of FOWTs is of great interest for the West Coast, which has considerably deeper waters than those found on the East Coast’s outer continental shelf, and various solutions are currently being explored,” he said.

Commenting on the overall worldwide potential of FOWTs, an Equinor spokeswoman said recent years had seen significant cost reductions in both the onshore and bottom-fixed offshore wind energy sectors.

“Floating wind is expected to follow a similar downward trajectory over the next decade, making it cost competitive with other renewable energy sources,” she added.

BigLift Shipping moved some of the components destined for the aforementioned Hywind project – a development comprising five turbines, each with blades measuring 75 m.

BigLift’s work involved transporting the upper sections of the turbines from Bilbao in Spain to Stord in Norway on three sailings operated by some of its Tra-type heavy lift vessels.

“We identified the FOWT sector as a market of high potential a couple of years ago due to its specific requirements, for example in relation to heavy structures (more than 3,000 tonnes), and infrastructure challenges. To date, ALE has been involved in several FOWT projects in Scotland, France, Spain and, more recently, Portugal,” he said.

This article is taken from HLPFI’s July/August 2019 edition.