Hamburg-based engineering company HeavyLift@Sea has introduced the basic design for a heavy cargo deck carrier, the DC 10000, which is currently being built at a Chinese shipyard. 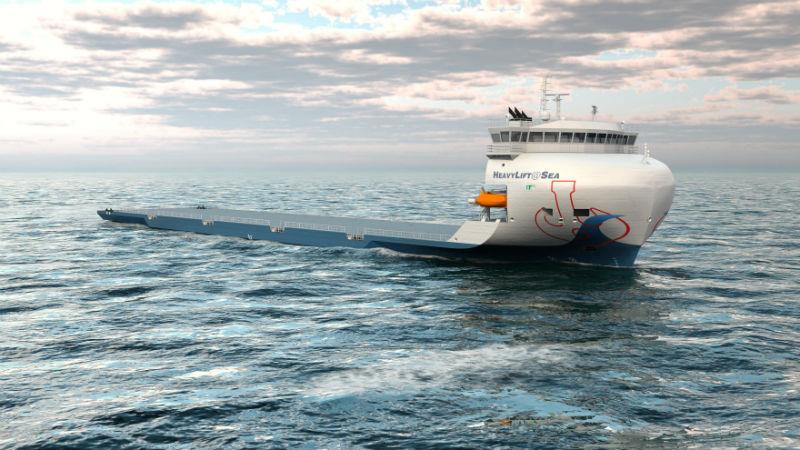 The vessel, according to HeavyLift@Sea, has been designed to transport heavy cargo and large modules, as well as components that cannot be lifted by crane due to the weight or structure, as the components will be rolled on to the loading deck.

“Our client for this project, a Hamburg-based shipping company specialising in offshore wind projects, is already operating a deck carrier, which is to be supplemented by a more flexible high-performance newbuild,” explained Hendrik Gröne, managing director of HeavyLift@Sea.

He added that the vessel will initially transport components for offshore wind projects in the North and Baltic seas.

For these projects, the vessel will be calling at a small Danish port, said HeavyLift@Sea. The team therefore simulated these conditions at a shipbuilding test facility in Copenhagen and included the results in the design’s calculations.

“There were a number of requirements for this ship that seemed to be mutually exclusive at first,” explained Gröne. “The width of the required cargo deck had to be reconciled with a ship width that was small enough for the approach to this particularly small Danish port. At the same time, in order for the ship to pass through the Kiel Canal, it had to be taken into account that the deck could not be wider than the waterline.”

The vessel design features a loading deck area of 3,600 sq m, an overall length of 148.5 m and a width of 28 m. The flat deck will also feature a high load-bearing capacity of 20 tonnes per sq m, with a maximum load capacity of approximately 10,000 tonnes.

HeavyLift@Sea added that the vessel will also be DP2-equipped, making it suitable for work in highly complex offshore energy projects.

The vessel is expected to be delivered at the end of 2019.