Multipurpose shipping operator Scotline has seen the launch of its latest newbuilding at the Royal Bodewes Shipyard in Groningen, the Netherlands. 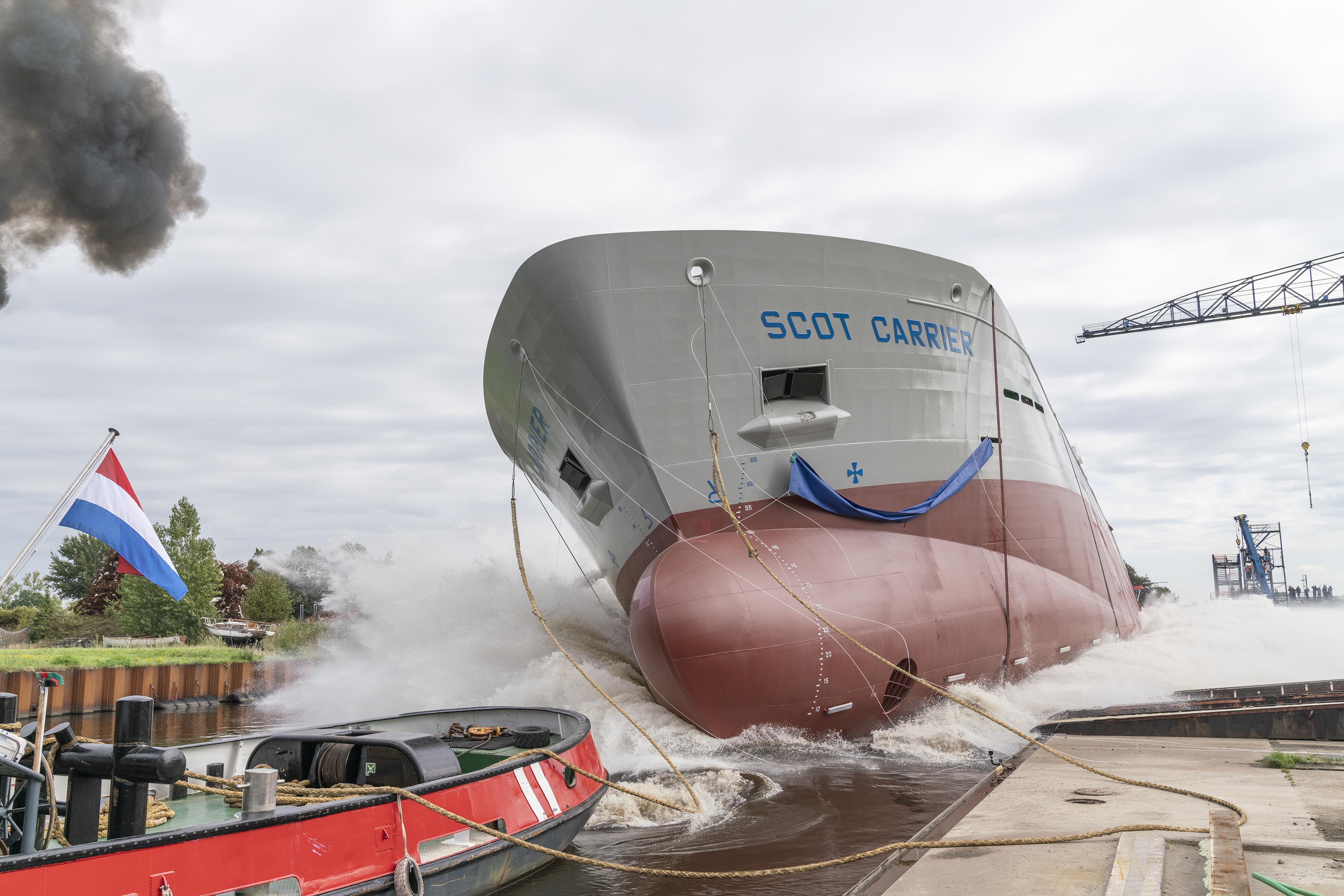 Scot Carrier is the first of an order for two sister ships placed at the yard in February this year and will be the largest in the fleet at 4,800 dwt, as HLPFI reported here.

The depth of the hold is just under 9 m and the ship is container fitted and is ice class 1B rated for operation in the Baltic. The vessel has been built to comply with latest environmental legislation including ballast water treatment.

Scotline operates a fleet of nine owned and five chartered ships serving carrying project and bulk cargoes and expects the vessel to be fully operational and delivered in November 2018.