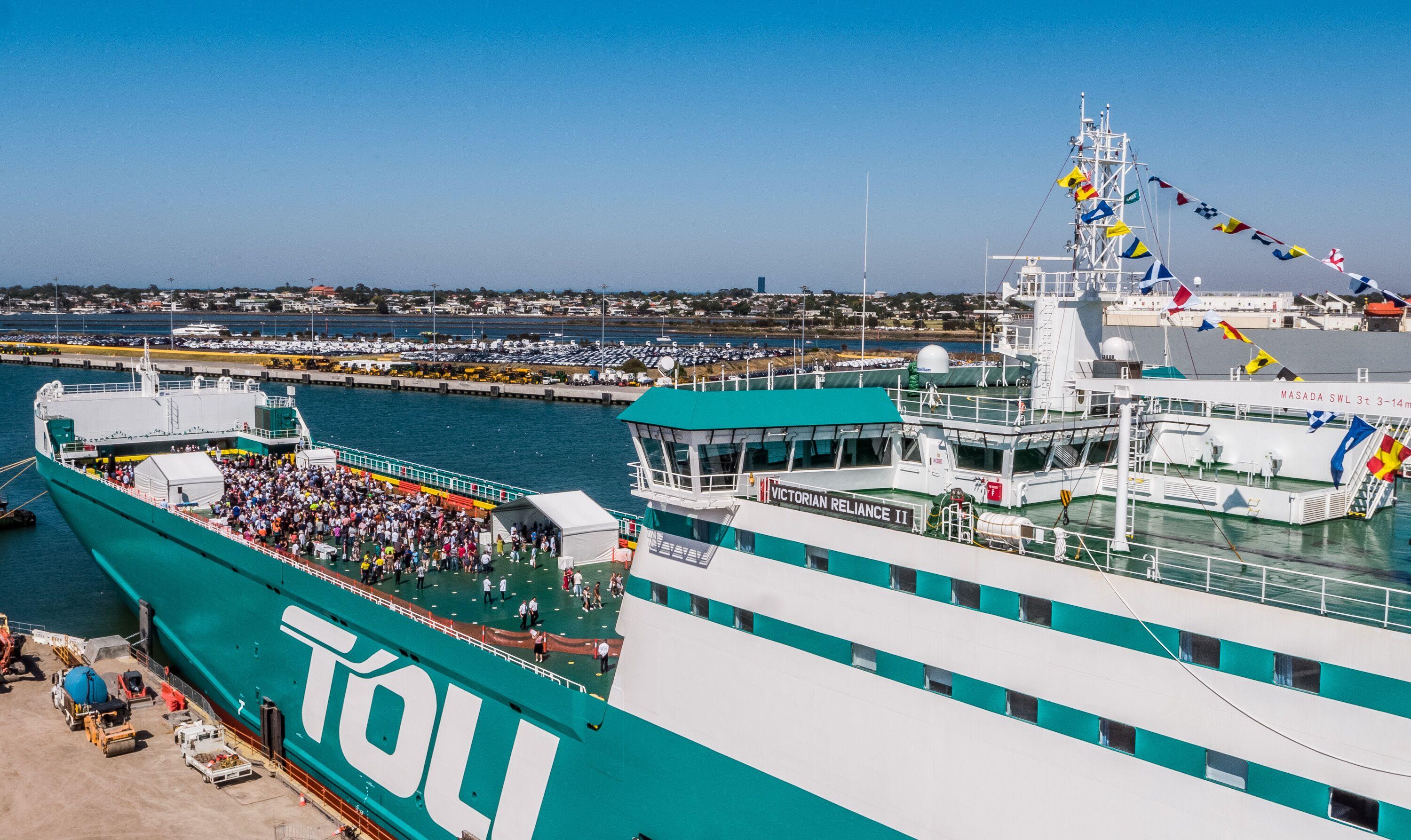 The vessel is identical to the Tasmanian Achiever II, which Toll Group unveiled at a naming ceremony at McGaw Wharf in Burnie earlier this month.

Both ships are set to enter service on March 1, transporting goods between Melbourne and Burnie. They will replace Victorian Reliance I and Tasmanian Achiever I in Toll Group’s fleet, when the 20-year old ships are retired from service.

The replacement vessels are capable of completing the 396 km journey between Melbourne and Burnie, via the Bass Strait, in under 13 hours, which Toll Group said is an hour faster than their predecessors.

While providing greater capacity and increased efficiency, the ships will also produce fewer emissions, added Toll Group. Built to comply with the upcoming regulations on sulphur emissions, the Victorian Reliance II and Tasmanian Achiever II feature on board scrubbers systems.