Mammoet has relocated its Mammoet 331 seagoing deck cargo barge to the UAE in anticipation of projects taking place in the Middle East. 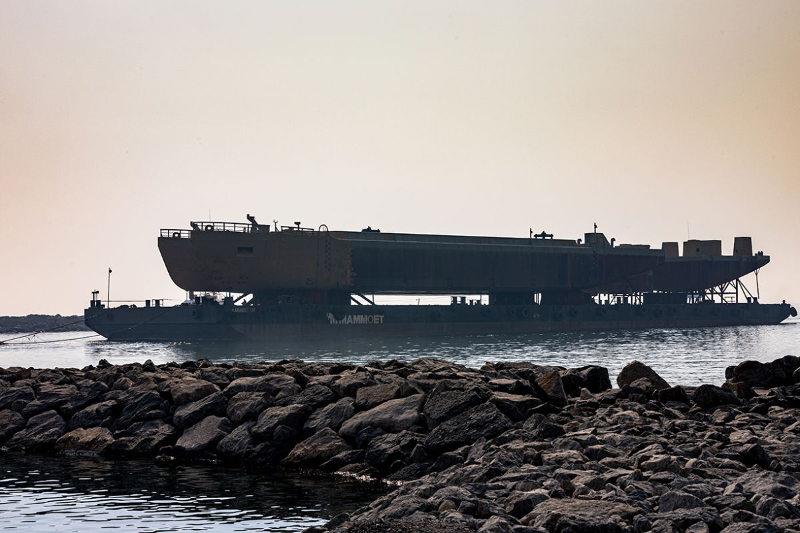 Following a two-year stint in the Far East, the barge has returned to Ras Al-Khaimah port. Measuring 100 m x 30m x 6.1 m and with a deck strength of 25 tonnes per sq m, the purpose-built barge is able to carry heavy and oversized cargo.

It was used in 2015 to transport the legs and spindle of the Ain Dubai observation wheel.

Michel Bunnik, commercial director – Mammoet Middle East and Africa, said: “The Middle East market remains buoyant, specifically with the upcoming major developments such as ADNOC’s major upstream and downstream investments and the offshore developments in Saudi Arabia. Offshore transport will be crucial for these projects, which will require high-capacity modes of transport.”

As well as enhancing its marine capabilities in the region, Mammoet has teamed up with Astro Offshore as part of its strategy to facilitate both offshore and inland transport there, he noted.