Due to the confined space at the loading site, Al Faris opted for its SBL900 gantry system to load the components on its 19-axle Goldhofer THP/SL trailer, connected to a 680 horsepower heavy-duty prime mover.

The transportation to the project site and the lifting operations were subsequently completed at night, in order to avoid traffic on the roads and other obstacles, said Al Faris.

The precast girders were lifted and erected on the metro column using a 650-tonne capacity crawler crane, configured with a 42 m main boom.

According to Al Faris, the components were the heaviest precast girders to be installed as part of the Route 2020 project, which will extend the existing Dubai Metro Red Line to the Expo 2020 site. 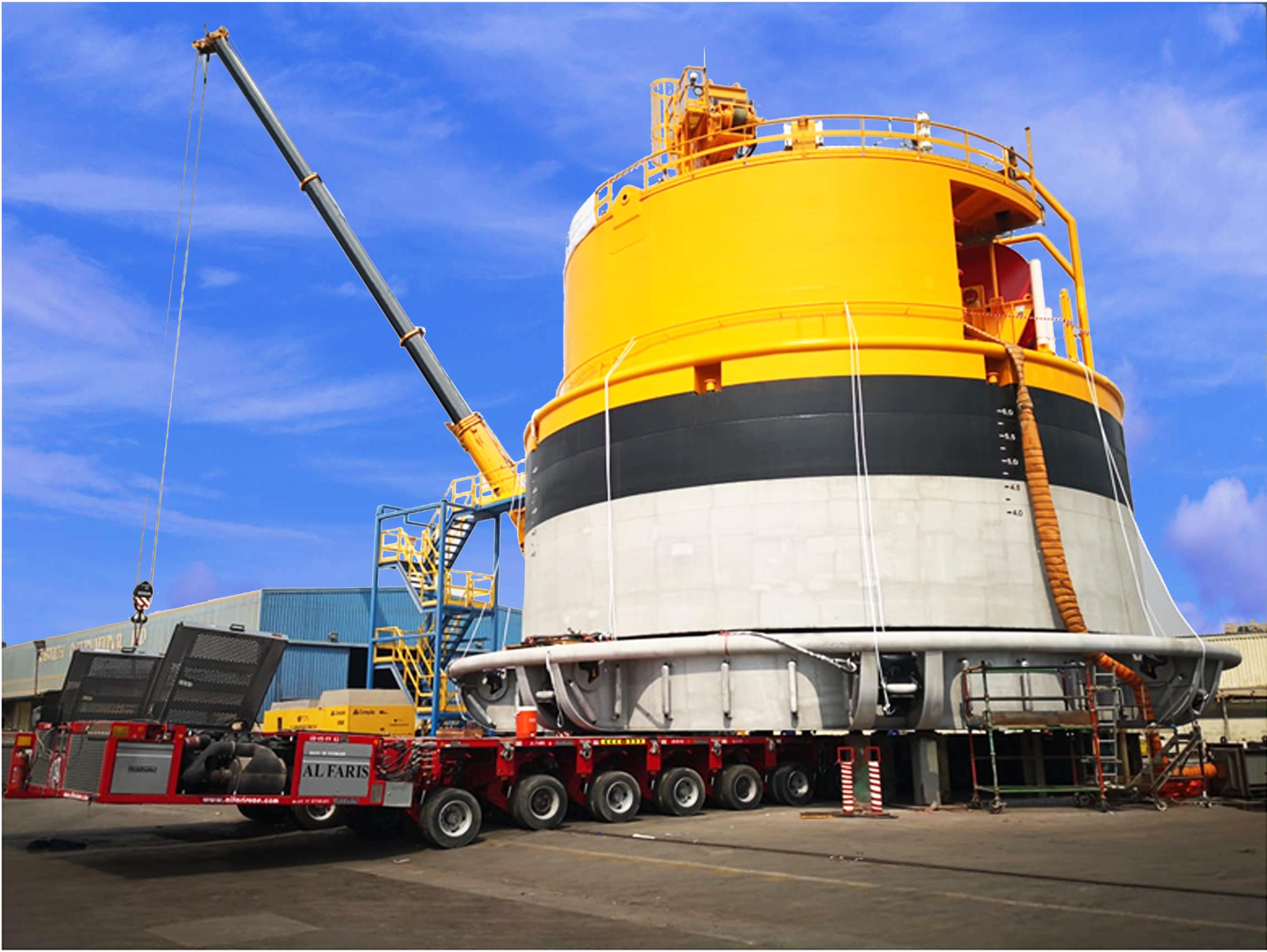 In a separate project, Al Faris was responsible for the loading and transportation of a turret buoy from Dubai Industrial City to Jebel Ali Port.

Weighing 455 tonnes, and measuring 18.3 m in diameter and 16 m high, Al Faris claims the unit is the largest and heaviest turret buoy to be transported on road.

According to Al Faris the biggest challenge during transportation was manoeuvring the cargo, loaded on Goldhofer SPMTs, along narrow routes and sharp turns.