Al Faris has installed a steam box at a waste to energy plant in Dubai. 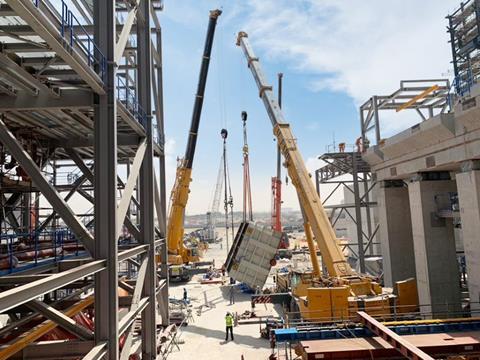 The steam box was installed at a height of 2.8 m using its specialised in-house modular towers and other skidding equipment. The component itself was delivered in two parts; the bottom weighed 27 tonnes and the top weighed 40 tonnes.

Once in position, the top part was lowered and both sections of the steam box were joined together.