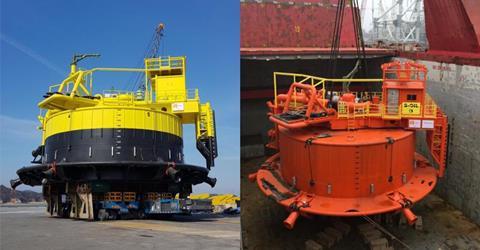 The shipments took place in April and May and called upon Blue Water’s project and chartering team, as well as its transport engineering experts.

“All equipment was loaded directly from shipper’s premises at Penglai Jutal Offshore Engineering Heavy Industries (PJOE) under supervision of our appointed supercargo. A close and efficient coordination between our operational team and the marine warranty surveyor ensured the safe handling of the two buoys,” said Allen David, project manager at Blue Water Singapore.