Chipolbrok Atlantic has completed its voyage from St Petersburg to India, loaded with 658 individual pieces with a combined weight of 4,110 tonnes. 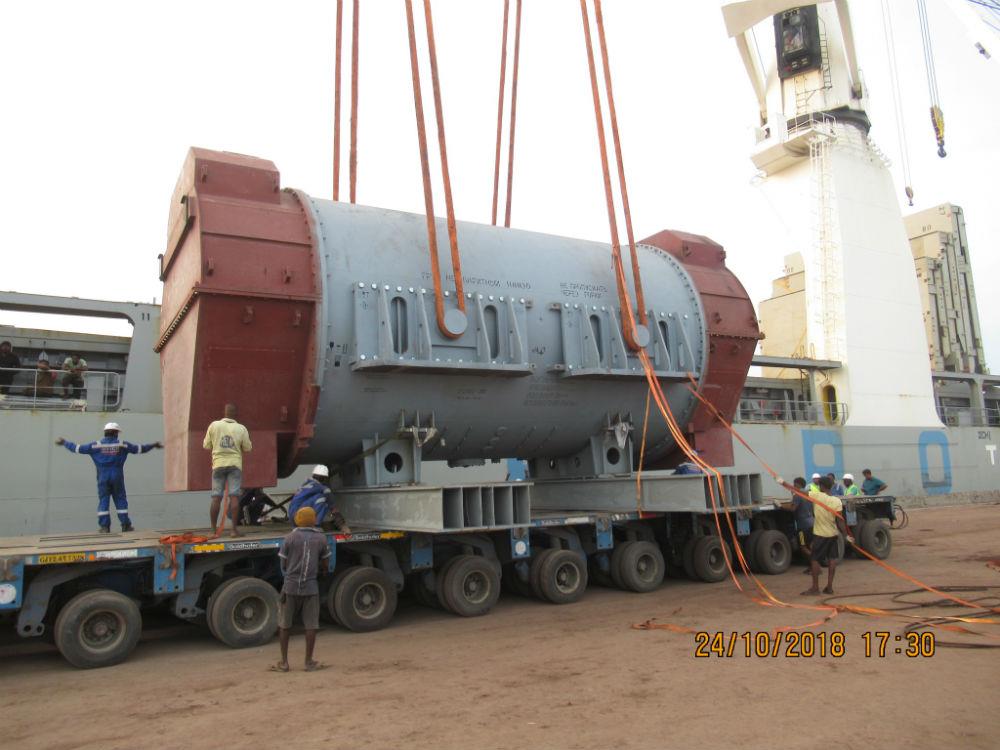 The ship departed Russia during September passing the Baltic Sea, the North Sea and the English Channel, the Mediterranean, the Suez Canal and the Indian Ocean before calling at Tuticorin, India.

According to Chipolbrok’s agent in Tuticorin, Samsara Shipping, the cargoes arrived in good order and were discharged safely. The consignment included one 378-tonne stator, which was unloaded by the vessel’s cranes directly onto a heavy-duty trailer.

The stator is destined for a project site 100 km from Tuticorin port in the southern Indian state of Tamil Nadu.

The vessel then made for Asia to collect cargoes destined for the Middle East. Chipolbrok Atlantic is expected to arrive at its final destination in January 2019.

HLPFI reported in September that Chipolbrok Atlantic had completed a two-and-half month voyage from Asia to Europe, transporting a variety of oversized cargoes, before making for St Petersburg in October.