Chipolbrok Sun has sailed fully laden from China with industrial components and project cargo to ports in the Mediterranean Sea, including in Morocco, France and Spain. 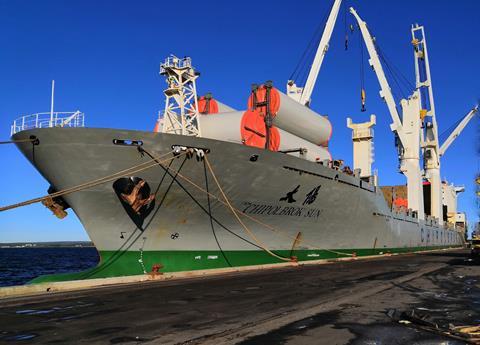 Following the offloading operations, the ship continued to Antwerp as its final discharging port, delivering approximately 2,000 tonnes of steel products and one heavy lift unit that weighed 82 tonnes.

Chipolbrok Sun then made its way back to China, from where it will be once again deployed on one of Chipolbrok’s services to Europe or the Americas.

“This round trip China-Europe-China is a good example of our services granted for any kind of general cargo, projects and industrial components but also masses of homogeneous breakbulk and bulk cargo. Our ships are granting multiple employment opportunities to exporters and importers at both ends of our schedules but can also carry containers if the situation remains tense in the Far East due to limited capacities at the container carriers,” said Chipolbrok.