deugro has coordinated the transport of three reactors weighing up to 663 tonnes to Kelheim in Germany. 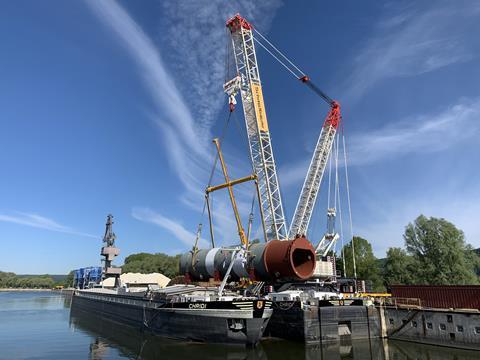 During the first phase of this project, deugro shipped the first reactor from Koper, Slovenia, to Kelheim, Germany. The unit measured 25.7 m x 5.2 m x 4.3 m and weighed 343 tonnes.

Upon arrival in Rotterdam, both reactors were directly discharged onto a coupling barge for the onward barge shipment to Kelheim, Germany. Due to the time-critical nature of the shipment, deugro said a 24/7 sailing programme was required, necessitating three skippers to be present on the barge at all times to ensure safe round-the-clock navigation of the cargo.