DSV has transported a 40-tonne generator component on board a Volga-Dnepr Ilyushin IL-76 from Germany to Australia for Siemens. 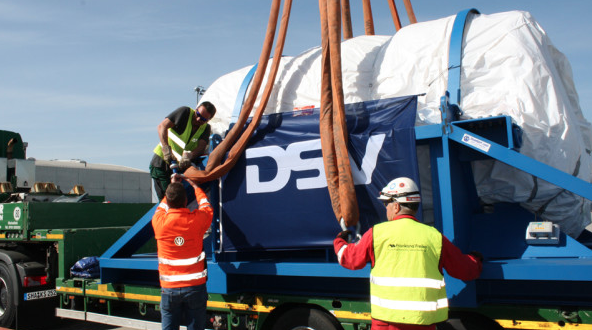 Measuring 6 m in length and with a diameter of 3 m, the component had to be delivered within a very narrow time frame. This, according to DSV, meant that chartering an aircraft was the only viable solution.

DSV received the first enquiry for the project in 2018 and the order in the first quarter of 2019. The transport was completed in April.

“The entire process lasted nine months,” explained project manager Marco Salvatore, DSV Australia. “Following negotiations of the contract, we had to deal with the many operational queries and finally, we were ready for the actual transport.”

The cargo was loaded on board the chartered aircraft, which can handle loads up to 50 tonnes, at Leipzig Airport and delivered to Townsville.