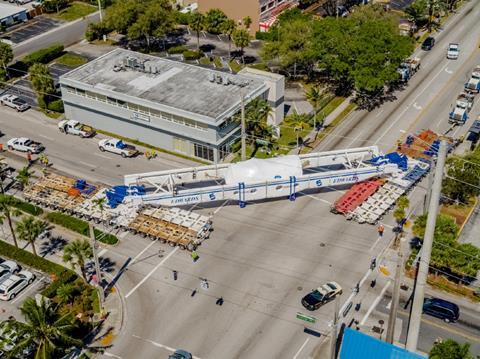 The turbines and generators weighed 317 and 430 tonnes respectively and needed to be transported to a power plant approximately 19 km away.

This involved picking the cargo up from a barge and transporting it over regular highways. However, Goldhofer said that part of the highways had height restrictions of 5.5 m, which meant the cargo could not be loaded directly on to the platform of the heavy-duty modules.

With Goldhofer’s Faktor 5 girder bridge trailer, the cargoes could be hung between the module combinations in the front and the rear, and hence pass under bridges along the route safely.