Egyptian Global Logistics (EGL) completed the transportation of steel beams for the El-Wasta bridge over the River Nile at the end of February. 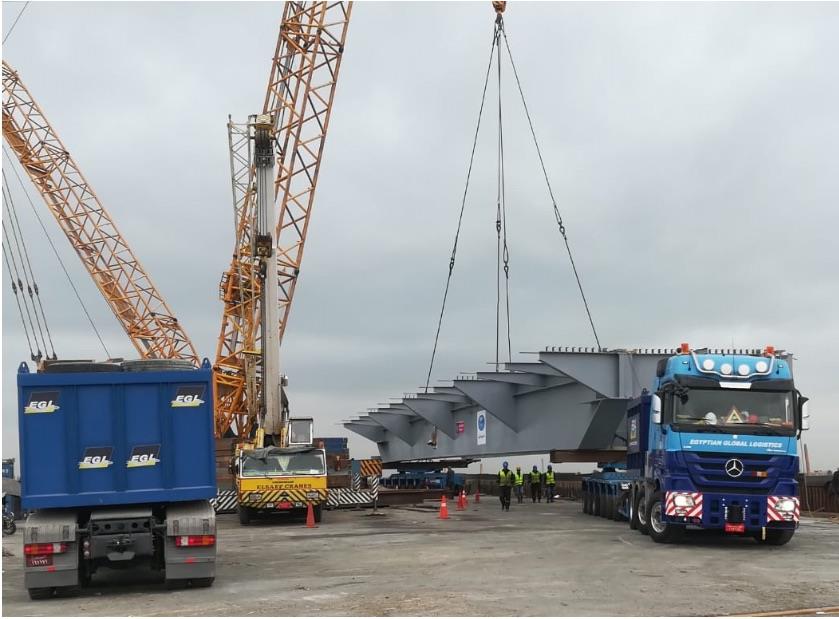 Challenges included the fact that the weight of the pieces was not evenly distributed: the left side of each beam, weighing 58 tons (52.6 tonnes), was linked by 4.5 m-long girders to the 35-ton (31.8-tonne) right side.

In the assembly area, loading was performed using two cranes with a lifting capacity of 300 tons (272 tonnes) each, as well as a 6x6 turntable.

A crane with a load capacity of 650 tons (589.7 tonnes) brought the beams to their installation position on the bridge.