GAC Sweden has coordinated the delivery of a 143 m-long bridge that will connect Stockholm’s Gamla Stan island with Södermalm. 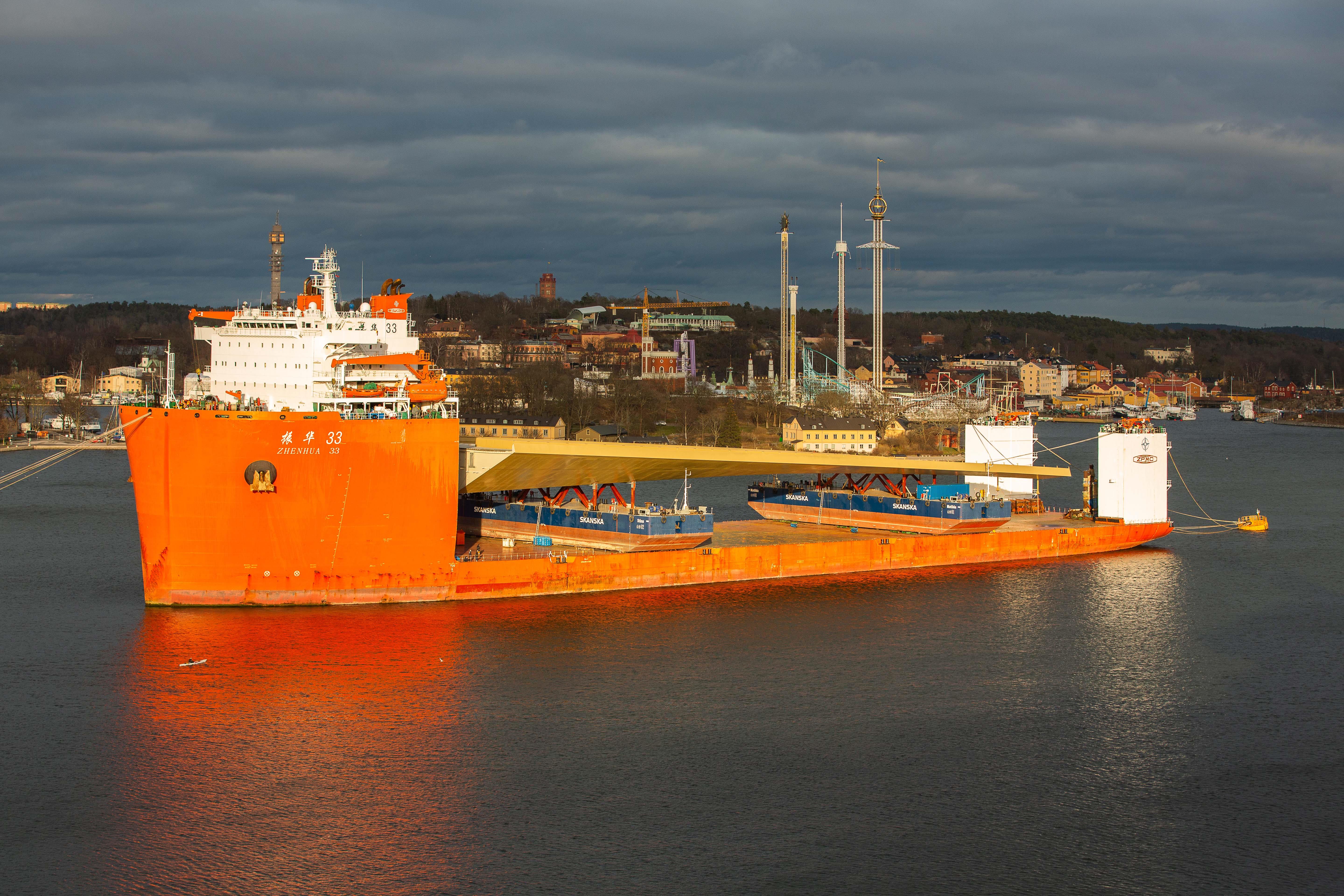 COSCO Shipping Lines (Sweden) appointed GAC Sweden to act as its local sub-agent to manage the delivery of the 3,700-tonne steel bridge.

Manufactured by China Railway Shanhaiguan Bridge Group, the unit was transported from Guangzhou to Stockholm.

The 45 m-wide bridge was welded to two pontoons, which were lifted by the semi-submersible heavy lift vessel Zhen Hua 33 for the journey from China.

At 227 m long, the ship was the biggest vessel ever to visit the Swedish capital, said GAC, which added that the shipment exceeded the Stockholm Archipelago’s width restriction of 32.28 m by more than 20 m.

“Faced with a seemingly impossible task, we began by researching the ship’s specifications – engine power, rudder type, wind trap, bow and stern thrusters, and so on,” said Björn Fischer, deputy managing director at GAC Sweden. “We then shared [this information] with the Swedish Maritime Administration (SMA) to enable them to create a model to find a way to handle the passage with the help of simulator technology. The results of that exercise were not ready when the Zhen Hua 33 left China on January 2, as the first available simulation slot was less than three weeks before the ship’s estimated arrival in Stockholm on February 17.”

The team also started work on arranging various permits with the Swedish Transport Agency and the port authority.

Less than two weeks before the ship’s estimated time of arrival, the SMA permit was received, with conditions: wind speed of no more than 10-12 m/s, minimum 1 nautical mile visibility, daylight navigation and two pilots.

With all the permits in hand, a new challenge hit. Bad weather – with waves more than 9 m high in the Bay of Biscay – forced the ship to anchor off the southern coast of Spain until conditions improved.

The ship arrived in Stockholm almost a month late. According to Erik Eriksen, director/partner at COSCO Shipping Lines (Sweden), the passage through the archipelago and the unloading operation went according to plan.