Lifting and shifting from India to Nigeria 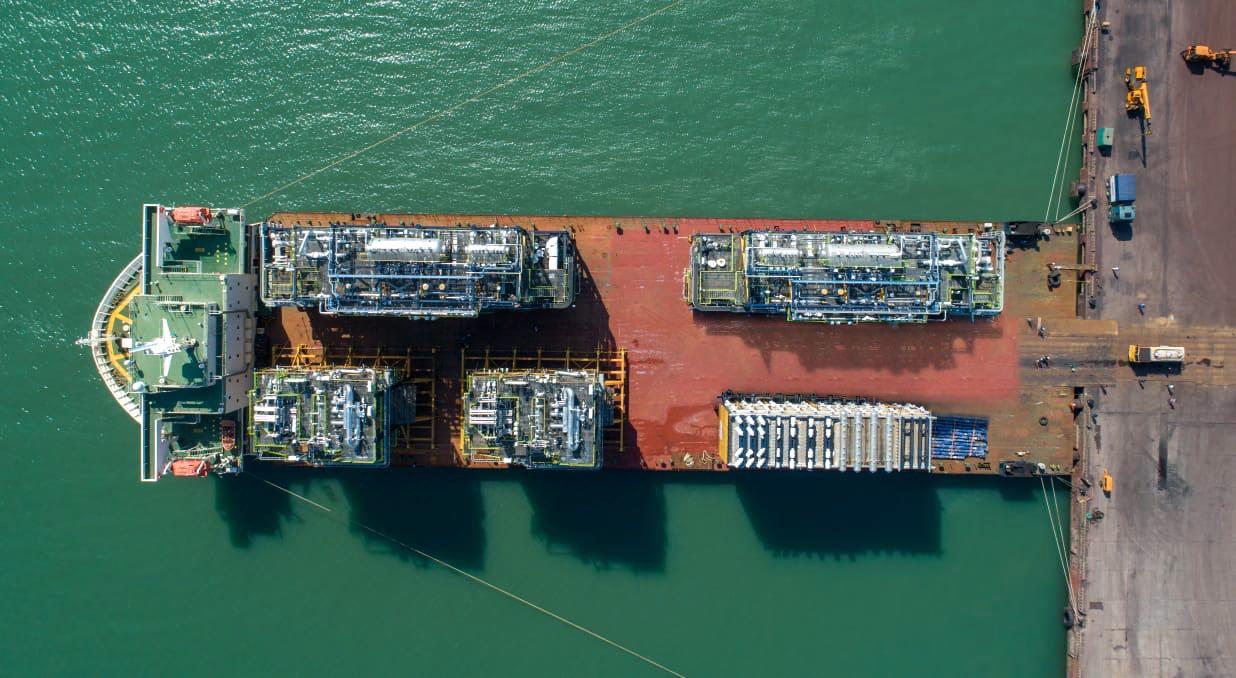 Lift & Shift worked with Thermax right from the bidding stage to develop plans for the transportation of the modules to the port of Mundra and then onto ro-ro vessels for their journey to Nigeria.

Because work at the jobsite in Nigeria had to be minimised, it was important to avoid modifying the equipment for transit as far as possible.

Among other challenges, the width of the roads at Mundra Port was narrower than that of the widest modules, requiring all traffic to be halted to enable the units to pass. By transporting them in several stages, Lift & Shift minimised disruption to traffic and port operations.

The tallest pieces were the HRSGs, which stood 22 m high and would have required the removal of a high-tension power line on numerous occasions to allow its passage. Instead, the line was permanently buried underground, reducing power down time and outages that would have inconvenienced the public.

In addition to their height, these modules were very slender; beams were used to widen them for safe transport.

The weightiest pieces, meanwhile, were the two FGSGs, which tipped the scales at 2,200 tonnes each. The units were disassembled for transport and included two 1,200-tonne modules and two 800-tonne pieces.

The equipment was stowed at a height of 1.5 m (using 300 mm high wooden blocks on top of the 1.2 m high axle units), ready for offloading directly onto other trailers on arrival in Nigeria.

The cargo was stored on stools at the port ten days in advance of loading, in order to expedite the ship’s turnaround at the port.

The first vessel was loaded in April, the second in October and the third in November.