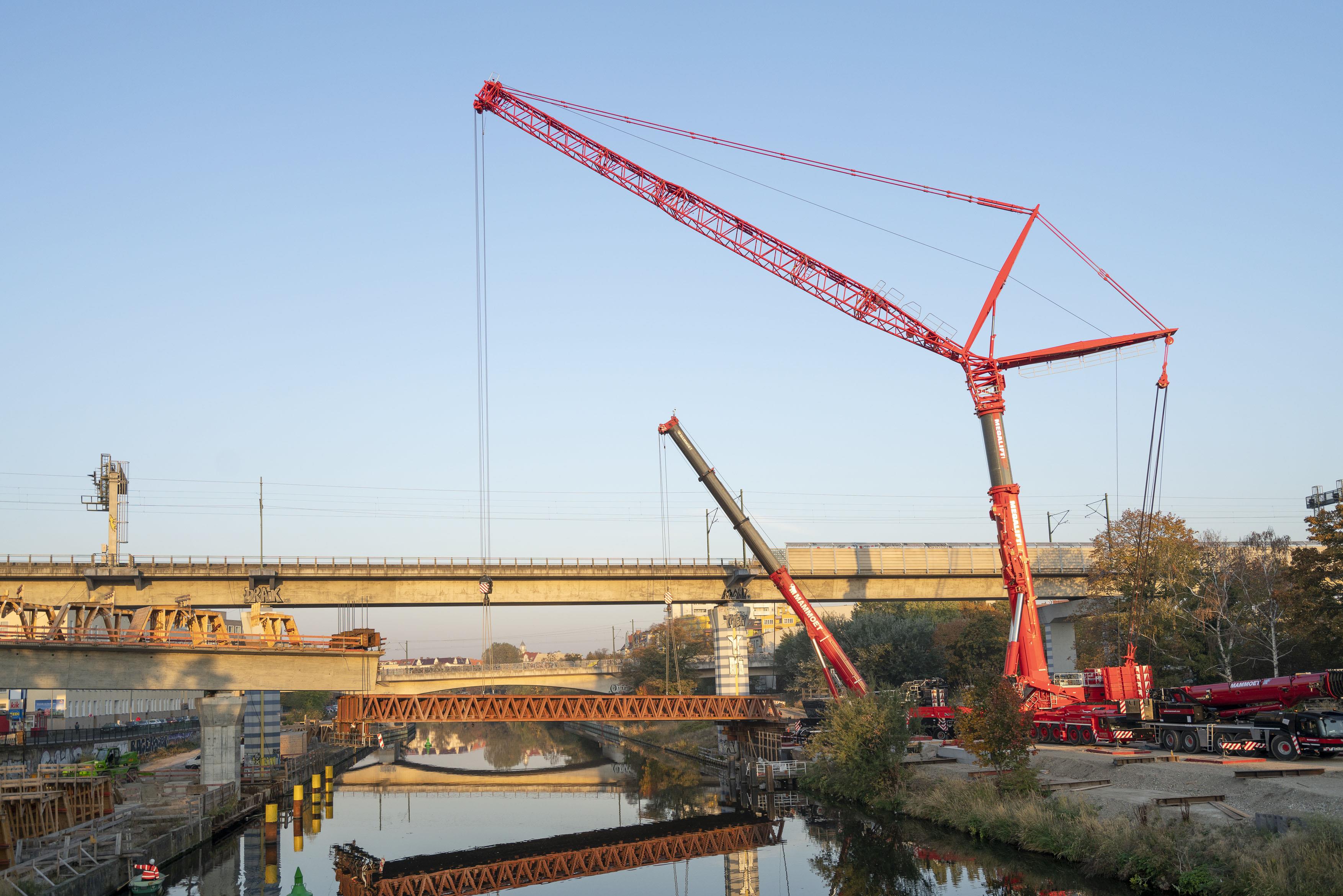 The installation over the River Spree proved to be a complicated logistical challenge. One bank near the site could not be used, as it was already home to a construction crane. The contractor initially planned to erect the supports using a floating crane. However, an alternative solution was required as a floating crane was unavailable.

Mammoet was contracted to install the three supports, each weighing approximately 80 tonnes, using a LTM 11200-9.1 mobile crane fitted with a 48 m luffing jib supplied by Bremen-based Megalift. An LTM 1750-9.1 was also assembled close by to take hold of the other end of the supports.

The lattice supports were then swung over the water by the two Liebherr cranes. Mammoet said its solution was considerably cheaper than chartering a floating crane.